Oslo Havn KF has appointed NRC Anlegg AS, a company wholly owned by NRC Group ASA, to a contract for ground, foundation and construction work at Sjursøya located in central Oslo. The contract is valued at approximately NOK 39 million. The work will commence in September 2020, and the project is scheduled for completion in May 2021. Closing date for submission of complaints is 10 days from today, and formal contractual signing can take place after this period at the earliest. For further information, please contact: Henning Olsen, CEO of NRC Group, + 47 91 74 15 92. This

Pandox will host its annual hotel market day 17 November 2020. The theme is “New trends in a changing hotel world”, which is explored with the help of prominent speakers and industry experts. The event will take place both in the digital and the physical world and will be webcasted live 13:00 – 15:30 CET. During a few busy hours we will illuminate various aspects of the COVID-19 crisis and discuss new trends in the hotel market, as well as shifts in business models in the hotel world. Pandox introduced the Hotel Market Day already in 1996 with the aim to reflect upon and analyse

St1 chooses HiQ as its support partner for its mobile applications 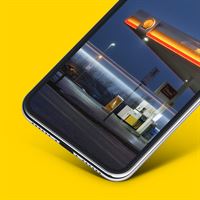 Announcement no. 36/2020 18 September 2020 Financial guidance for 2020 reinstated Össur withdrew its financial guidance on 17 March 2020 due to the uncertainty caused by the COVID-19 pandemic. Although the visibility on sales development in the remainder of the year remains limited, Össur has reinstated the financial guidance for 2020 assuming there are no significant changes in restrictive measures related to COVID-19 in Össur’s main markets before year-end. Whilst the Orthotics & Prosthetics (O&P) industry was materially impacted by the COVID-19 pandemic, especially in the

Swedbank has received notification from the Swedish Financial Supervisory Authority

Swedbank has received a notification from the Swedish Financial Supervisory Authority (SFSA) that the authority is investigating Swedbank AB for suspected breaches of the regulation on market abuse.The investigation encompasses the period September 20, 2018 until February 20, 2019 and pertains to disclosure of insider information and the obligation to establish an insider list (articles 17 and 18) in connection with the disclosure of suspected money laundering within the company. Swedbank is assisting the SFSA in its investigation.

Swedish Orphan Biovitrum AB (publ)  (Sobi™) today announces that the Committee for Medicinal Products for Human Use (CHMP) of the European Medicines Agency (EMA) has adopted a positive opinion for Orfadin® (nitisinone) for the treatment of adult patients with alkaptonuria (AKU), the first described human genetic disease. The opinion is now referred to the European Commission for a decision. AKU is a serious, multifaceted, debilitating and slowly progressive disease affecting approximately 1 in every 250 000 to 1 million people. Also known as Black Bone Disease or

Skanska has signed a contract with Region Västra Götaland, Västfastigheter to build a new tram depot in Gothenburg, Sweden. The contract is worth SEK 847 M, which will be included in the order bookings for Sweden for the third quarter 2020.The tram depot consists of two buildings, one for operations and one workshop hall. Skanska is also building the track system in and between the two buildings. The operational building contains space for service and deployment of the trams together with rooms for staff. In the workshop hall there will be room for maintenance and repair, and rooms for

Scania has successfully qualified for issuance of green bonds to accelerate decarbonising the transport system, following an independent assessment of its Green Bond Framework.“We’re very proud to join the group of forward-looking companies that qualify for green bond financing,” says Scania’s Chief Financial Officer Johan Haeggman. “Scania is fully committed to driving the shift to a fossil-free transport system and green bonds will enable us to accelerate change. We recognise that decarbonising transport systems throughout the world in the forthcoming years will require partnership

Based on reported cases, Unverricht–Lundborg disease, also known as progressive myoclonic epilepsy-1A, EPM1, is more common in Finland than anywhere else in the world, a new study finds. The researchers combined data from various registers and hospital records to explore the prevalence and disease course of EPM1 in Finland. Published in Neurology, the study was carried out in collaboration between the North Karelia Central Hospital, the University of Turku, Kuopio University Hospital, the University of Eastern Finland, and Turku University Hospital. EPM1 is part of the Finnish disease

Arise AB (publ), (”Arise”) gives notice of voluntary total redemption of its senior secured green bonds 2018/2021 with ISIN SE0010920900 (the ”Bonds”), in accordance with the terms & conditions of the Bonds. The redemption date is set to October 14, 2020. The Bonds will be redeemed at their nominal amount, together with accrued but unpaid interest up until and including the redemption date. The redemption amount will be paid to each person who is registered as owner of Bonds in the debt register maintained by Euroclear Sweden at the end of business on the record date 7 October, 2020.

Arise Wind HoldCo 9 AB with subsidiaries (the ”Sub-group”), wholly-owned by Arise AB (publ) (”Arise” or  the ”Company”), today entered into a binding agreement with DNB Bank ASA for a three-year loan facility amounting to MEUR 40, dedicated to the group’s own wind power production (the ”Loan”). In connection therewith, Arise calls for early redemption of its secured green bonds with a nominal value of MSEK 650 (ISIN SE0010920900) maturing in March 2021 (the ”Bonds”). The refinancing will dramatically reduce the group’s total financing costs, which on a yearly basis are expected to

Revenio Group Corporation: Transfer of the Company's own shares

Valoya, the research driven manufacturer of horticultural LED grow lights has expanded its RX-Series line of greenhouse LEDs with two new models – RX500 and RX600. The new models are higher power, higher efficiency versions of the existing RX400 model and can be used as true 1-to-1 HPS replacements. RX500 and RX600 produce up to the staggering 1700 µmol/s of uniform light output. They have been designed to be robust and compact, producing minimal shading over the canopy. With an Ingress Protection rating of IP65 (wet location) these luminaires are completely dust tight and can withstand

Fagerhult Group chooses HiQ as establishing partner to OR Technologies

OR Technologies, part of the Fagerhult Group, chooses HiQ as its strategic partner for establishing a new centre of excellence and development in Linköping. The centre will continue to develop Organic Response, the company’s platform for smart lighting.“It’s very exciting to help Fagerhult Group and OR Technologies get established in Linköping and we look forward to helping develop smart solutions for the intelligent offices and buildings of the future,” says Patrik Holm, Managing Director at HiQ in Linköping. The centre of excellence in Linköping is an important part of

Oslo, 18 September 2020: Reference is made to the stock exchange announcement by Targovax ASA (OSE:TRVX) ("Targovax" or the "Company") on 31 August 2020, regarding the board of directors' resolution to increase the share capital of the Company in connection with the settlement of restricted stock units. The share capital increase has today been registered with the Norwegian Register of Business Enterprises (Nw. Foretaksregisteret). The Company's new share capital is NOK 7,617,576.40, divided into 76,175,764 shares, each with a par value of NOK 0.10.