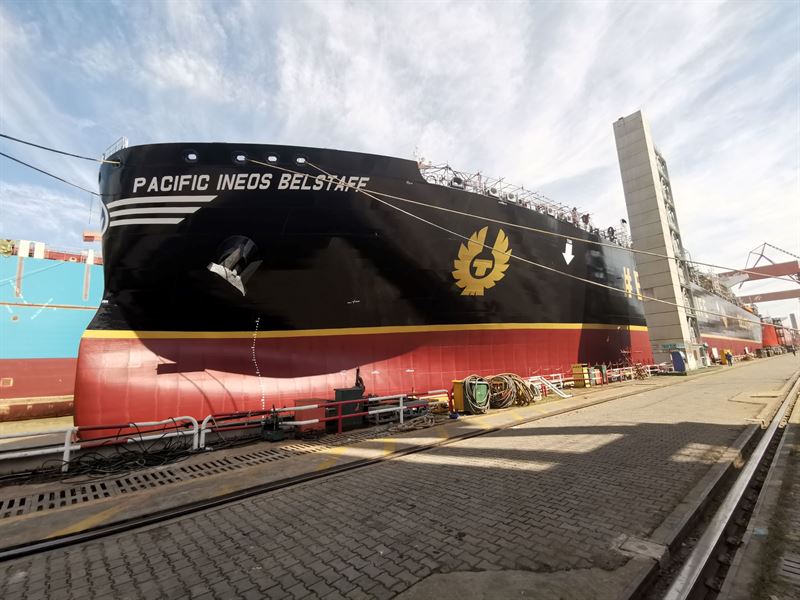 The first of an order of four of the largest VLECs ever commissioned, the 99,000 cbm dual-fuel vessel is designed for long haul ethane transportation but can also handle other liquified gas cargoes such as LPG and ethylene.

As a tradition, Jiangnan always gives a nickname to a newly developed ship. Jiangnan has assigned this novel VLEC as “Bluebonnet,” the state flower of Texas, the home state of ABS’ world headquarters. This reflects the deep engagement between engineers at Jiangnan and ABS, initially during the conceptual stage, which resulted in ABS granting Approval in Principle in September 2019, with subsequent design approval and construction supervision.

“Launch of this vessel is a key milestone in the development of the industry. It’s significant not simply because of its scale but in the flexibility, it offers operators to adapt to an evolving global marketplace. As the world’s leading Class for gas carriers, we are proud to have been able to use our extensive experience to support delivery of this project,” said Sean Bond, ABS Director, Global Gas Development.

“It is a giant step forward from a dream to reality. The first VLEC launching is not only a significant milestone in construction but also a landmark to prove the technical feasibility of our own-developed ‘BrilliancE’ Type B containment system. We sincerely thank the great support from both the shipowner and ABS. I believe that Jiangnan has built-up the confidence to confidently manage the construction of subsequent Type B tanks, and this accumulated know-how can also be transferred to forthcoming LNG Type B tanks,” said Keyi Hu, Chief of Corporate Technology, Jiangnan Shipyard (Group) Co. Ltd.