World First as WindFloat Atlantic Windfarm is Classed by ABS 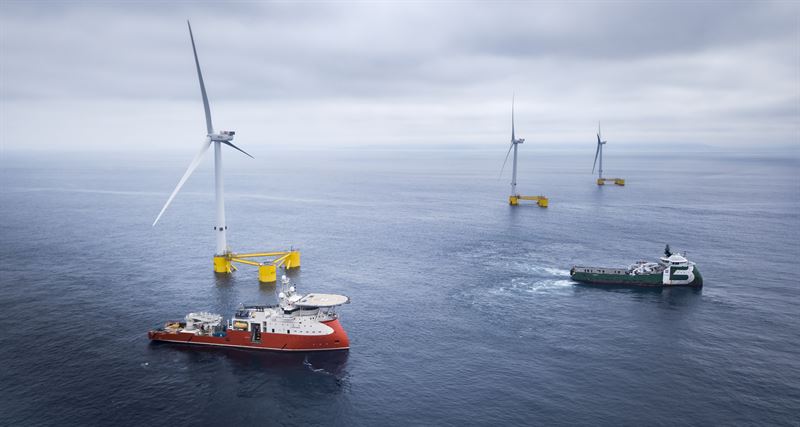 “It’s a historic first and, we believe, the first of many more to come. ABS has made a significant contribution both to this project and the development of offshore floating wind in Portugal.  It underscores the potential of Class and industry working together for the safe adoption of new technologies. ABS has supported innovation in offshore energy since 1958. This landmark project underlines how we continue to support promising offshore technology more than 60 years later,” said Matt Tremblay, ABS Senior Vice President, Global Offshore.

The landmark is the latest step in a journey that began with the earliest days of floating wind in Portugal when ABS supported development of the 2MW WindFloat 1 that was installed in 2012.

The WindFloat Atlantic project is developed by the Windplus consortium, which is jointly owned by Ocean Winds (50:50 JV owned and created by EDP Renewables and ENGIE), Repsol, and Principle Power Inc.

Thanks to their floating foundations, floating offshore wind farms are not subject to the same depth restrictions as fixed structures and can be at any depth.  With the development of larger turbines above 10 MWs and research focused on shallow water moorings, the floating technology may even be an alternative to traditional bottom- founded technologies in intermediate water depths in the future.

OW is a 50-50 offshore wind joint venture, owned and created by EDP Renewables and ENGIE. Both companies believe that offshore wind energy has become an essential part of the global energy transition, leading to rapid growth in the sector and increased competitiveness. That is why they have included all their existing and pipeline offshore portfolio in the new company.

OW has a strategic advantage and is well-positioned to play a leading role in the offshore market. EDPR and ENGIE are combining their offshore wind assets and project pipeline in OW, starting with a total of 1.5 GW under construction and 4 GW under development, with the target of reaching 5 to 7 GW of projects in operation or under construction and 5 to 10 GW in the advanced development stages by 2025. OW primarily targets markets in Europe, the United States and selected geographies in Asia, from where most of the growth is expected to come.