Jenny Sjödahl, born in 1973, holds an MSc and has been active within the Group since 2016. She is currently CEO of the Westermo business entity and previously held the role of Vice President Sales. In addition, during her more than 18 years at ABB in Sweden and Singapore, Jenny has held a number of positions in sales, marketing and various management positions.

Jenny will remain in the role as Managing Director of Westermo.

“I am very pleased to be given the task of leading a company with such strong expertise and ability to constantly further develop its offering to meet customer requirements. I look forward to working together with Beijer Group's employees, customers and Board to take the next step in the company's development and deliver on our ambitious plans”, says Jenny Sjödahl.

“It is with great confidence that I hand over a future-oriented Beijer Group to Jenny Sjödahl. She becomes the head of a competent and professional organization with a strong customer offering aimed at several emerging markets”, says Per Samuelsson.

“It is gratifying to announce the appointment of Jenny Sjödahl as President and CEO of Beijer Group. We in the Board have known Jenny for a long time and we appreciate the continuity the appointment entails. We look forward to our future cooperation”, says Bo Elisson.

“At the same time, I would like to thank Per Samuelsson for his outstanding contribution over the past six years as President and CEO. Under his leadership, the Group has transformed into an innovative technology company that is now showing strong growth and improved profitability with great potential. The order pace and market capitalization have almost doubled, and the company has now recently been promoted to Nasdaq's Mid Cap-list”, Bo concludes.

This disclosure contains information that Beijer Electronics Group is obliged to make public pursuant to the EU Market Abuse Regulation (EU nr 596/2014). The information was submitted for publication, through the agency of the contact person, on 13-01-2022 10:00 CET.

Beijer Electronics Group AB (publ) is a growing powerhouse of innovators within mission-critical industrial digital technology and IIoT. With a strong focus on the connection between people, technology and data, we share a pride in having some of the world's leading global companies as our core customers. Since its start-up in 1981, BEIJER GROUP has evolved into a multinational group of complementary business entities with sales over 1.4 billion SEK in 2020.

The company is listed on the Nasdaq Stockholm Main Market under the ticker BELE. www.beijergroup.com 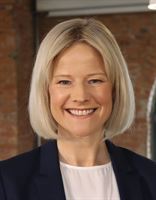