People’s Choice: Vote for your favourite design in the Bemz Design Award

Give an up-and-coming British designer the chance to have his or her designs sold the world over! 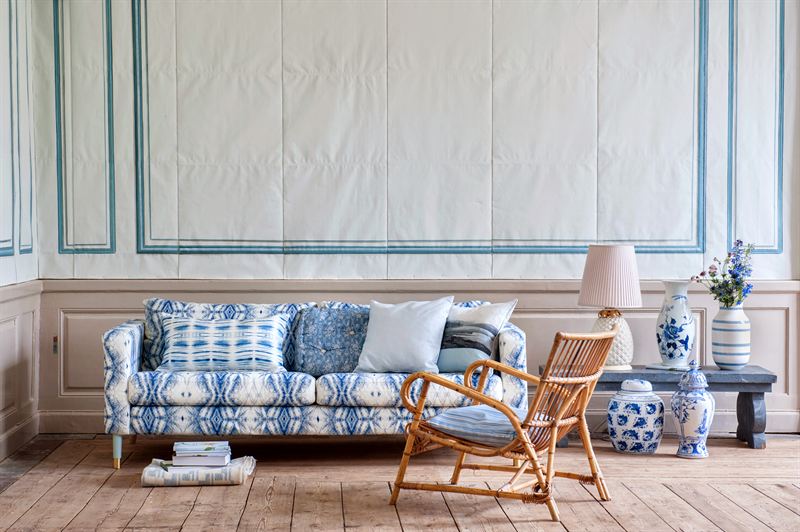 November 2015 – Would you like to help determine who the next big designer could be – and get entered into a free prize draw to win £500 worth of products of your choice from Bemz? Vote in the Bemz People’s Choice competition at Bemz.com/DesignAward and give an up-and-coming British designer the chance to have his or her designs sold the world over.

In September, Bemz, the company known for its fabulous range of covers for IKEA furniture, proudly announced the launch of the second edition of the very successful Bemz Design Award – a competition bringing together designers, both students and established designers – to encourage their future design careers. Throughout the month of February, you, your family and friends have the chance to help the next generation of textile designers break into the big league by casting your vote in the Bemz People’s Choice at Bemz.com/DesignAward. The finalist with the most votes from each category will have their designs produced as Bemz sofa covers, chair covers and bed covers, and their name featured alongside long-established and illustrious designers like Marimekko and Designers Guild.

And just for voting, you will be entered with a chance to win £500 worth of Bemz products of your choice!

The Bemz People’s Choice competition will be launched February 1, 2016 and will run the month of February. To find out more about the competition, members of the judging panel or participating schools go to www.bemz.com/DesignAward. Voting closes February 29, 2016.

About Bemz
Bemz is a Swedish design company that produces tailor-made covers for IKEA furniture and other home textile products. The company was founded in 2005 by Lesley Pennington. The Bemz brand philosophy is deeply rooted in Scandinavian design history. Bemz fabrics are specially selected for their high quality, natural materials and all Bemz textiles are machine washable. With a business idea based on extending the life of IKEA furniture, Bemz environmental commitment is significant. Furthermore, Bemz eliminates overproduction by only manufacturing what customers have ordered and all production takes place in Europe, its biggest market. In December 2009, Bemz opened a store at Odengatan 22, in Stockholm - a shop and showroom in one.
More facts and figures on Bemz here.
Customer service from the UK: 0800-048 84 04 (Toll Free)

Canadian expat Lesley Pennington founded Bemz in 2004. By the following year, designer covers for IKEA sofas and armchairs were being made for customers worldwide. Bemz fabrics are specially chosen for their high quality, natural materials and all Bemz textile products are machine washable. They can be purchased via www.bemz.com, where free fabric samples of favourites can also be ordered. In December 2009, Bemz opened an Inspiration Store at Odengatan 22, in Stockholm – a store and an inspiration workshop in one. At Bemz, whether shopping for the bedroom, dining room or living room, all products can be freely mixed and matched with the existing Bemz range of fabrics and custom textile products to create a completely individual look. The Bemz range was extended to include bedroom products in 2011 and made-to-measure curtains and products for kids’ rooms in 2013.