IT IS UNBELEIEVABLE! PLANT-BASED BURGERS THAT TASTE THIS GOOD! 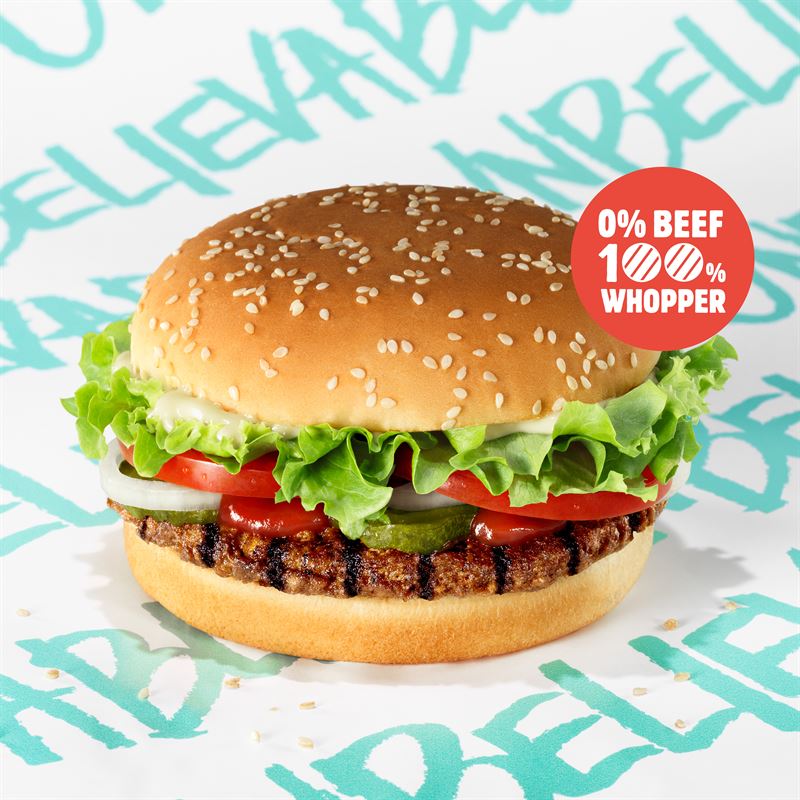 Burger King® Sweden launch two new, plant-based burgers, one version of the WHOPPER® Sandwich and a Chicken-like Sandwich. The UNBELIEVABLE™ burgers are plant-based and have 0 % meat but 100 % taste, there should be no compromises eating a real tasty plant-based burger! Maybe you think they are so similar that you can’t even taste the difference!

STOCKHOLM – May 21, 2019. After the success of the Impossible™ WHOPPER® sandwich in the US market, Burger King® Sweden is launching plant-based burgers as the first country in Europe for the BK® System. The 22nd of May, 8 exclusive restaurants in Stockholm, Gothenburg and Malmoe will offer their guests the UNBELIEVABLE™ WHOPPER® and The UNBELIEVABLE CHICKEN KING™ sandwiches.

To get the credibility of a juicy burger, the plant-based Whopper patty is of course flame-grilled and paired with the same ingredients as the Whopper sandwich - freshly sliced tomatoes, fresh lettuce, creamy mayonnaise, ketchup, crunchy pickles, and sliced white onions on a toasted sesame seed bun. The UNBELIEVABLE CHICKEN KING™ patty comes in a fresh potato bun with creamy mayonnaise, freshly sliced tomatoes, and fresh lettuce.

“UNBELIEVABLE™ is launched in a time where we see a lot of the guests wanting to find more alternatives on the menu and decrease their meat-consumption. Just like everything on our menu, we never compromise on taste and live by the motto that “taste is King”, says Iwo Zakowski, General Manager Burger King® Sweden and Denmark, further adding that “with this approach in mind, we hope that the plant-based burgers will appeal to both new and existing Burger King® guests and in turn, be a new growth driver for our business.

Burger King® let a limited amount of people test the burgers without knowing it was plant-based. Watch their reactions in The UNBELIEVABLE WHOPPER® film at https://youtu.be/tu4cnjlgjHM 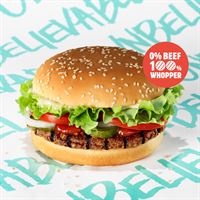 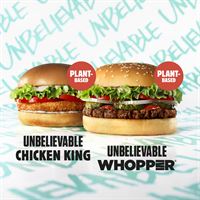