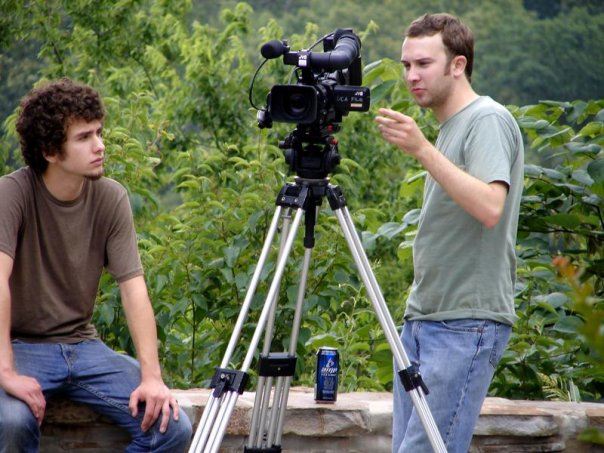 Budding film makers are being invited to flex their story telling muscles in a one of a kind short film competition this year with the winning team taking home the ultimate prize – the director’s seat, writer’s table and producer credit on a Hollywood feature film.

With a budget already in place for the flick, the unprecedented prize sets the 48 FILM Project apart as the hottest opportunity of 2014 for film buffs with a passion for making moves.

The utterly unique contest challenges entrants to create a compelling short film in 48 hours by working in teams. Uniting would-be filmmakers from across the globe, 48 FILM Project is consuming movie fans around the globe in bursts of creativity. Open to professional or amateur, everyone is eligible to enter at any point through the year.

New for 2014, 48 FILM Project will select a superstar team from the short film contest entrant’s reel to make a feature film in Hollywood and provide a budget of $48,000. This once in a lifetime prize is unique and exclusive to 48 FILM Project and will see the best producer, best director and the best writer from the 2014 entrants joining together to create a dream team of winners. The chosen few will be taken to Hollywood in 2015 for the once in a lifetime experience of shooting a feature film.

Francesco Vitali, the mastermind behind 48 Projects Inc. and executive producer of the 48 FILM Project said, “We love filmmakers! All of us in 48 FILM Project are filmmakers, writers, producers, cinematographers, directors, actors and film industry people. We are fresh, web savvy, and very artsy. We are the present and the future! The 48 FILM PROJECT is a totally unique online international short film competition. It is not unlike any other 48 hour or hours, or days, or time or festival you might know or have happened to participate in before. In 48 FILM PROJECT, we love what we do... like every filmmaker!”

But what make different 48 FILM Project from any other similar short film competitions? Chris Siametis, co- executive producer of the short film fest explained, “In 48 FILM Project, creators keep the rights to their own intellectual property.  The rights of their film belong to the creators.
It’s your film’s freedom. You choose your genre, so no surprises, and you choose when you are ready to shoot your short.

“Weekday or weekend, morning or night, from whereever in the world you are.
All you need is an Internet connection and your creativity and talent! No other online short film competition offers such a fantastic prize – it really is the ultimate dream come true for any filmmaker and any aspiring writer, producer or director. This is a once in a lifetime chance to go to Hollywood with a budget in place and shoot a feature film. We are incredibly excited about this prize, which even tops our previous Cannes film festival and Samuel Goldwyn Theatre premiers.

“Entry is open through November 15th2014, so grab your crew and get planning your short. Our global online festival is based on creativity, energy and mobility. Be original, make your movie and win big!”

An international short film competition, 48 FILM Project challenges participants to create a complete short film in just two days and change their future in 48 hours. There is more than $10,000 in cash and prizes up for grabs with the top 15 films also winning a Hollywood screening.

Francesco Vitali added, “For us, everyone who completed a short film within 48 hours is already a winner. Even more important than the awards are the opportunities this competition will open up. Find your niche. You've known it for years, but maybe you haven't known how to get started or how to break free from the mould. Here's your chance to create something from the heart, something that shows your true genius, the potential within. It's time to stop hiding and show the world what you can do with your camera! So go for it!”

48 Film Project entrants are given total freedom to choose the day and time they will compete. Its innovative take on short film content rules gives teams the chance to create their own schedule, rather than imposing a fixed date or time for filming to take place. Participants can also enter as many times as they like through the year. A global multi-cultural project, the competition is open to any budding filmmaker with access to the internet, allowing any person from any background to stake their claim to the coveted prize and grab the world’s attention with their own personal take on movie making.

To find out more and set the clock ticking on the 48 hour challenge visit https://www.48filmproject.com/ 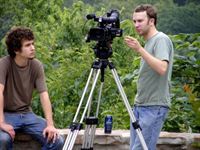