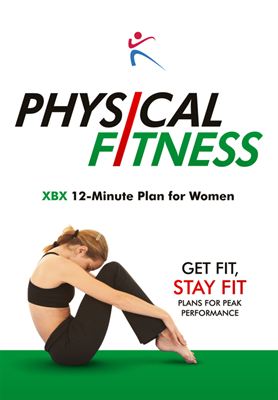 With the obesity epidemic now plaguing the US military, the safety of the country, its civilians and its soldiers are at risk. The Royal Canadian Air Force is sweeping in to the rescue with progressive fitness training programs designed to develop and maintain long term fitness. Easy and affordable, BXPlans Books start at just £12.99, and unlock exclusive access to the world famous RCAF exercise regime.

JF Kennedy knew the value of taking care of the body, famously asserting that “Physical fitness is not only one of the most important keys to a healthy body, it is the basis of dynamic and creative intellectual activity.” Unfortunately, more than two out of three of his fellow Americans disagree, with the latest data from the National Health and Nutrition Examination Survey revealing that over 65% of American adults are considered to be overweight or obese.

This is having a direct impact on the quality of US service people, with Major General Allen Batschelet, the US Army Recruiting Command's commanding general maintaining that "The quality of people willing to serve has been declining rapidly." Figures from a recent press release confirm the epidemic, with nearly one in 20 current service members clinically overweight. The Defence Department agrees, citing that only 1% of young people are both “eligible and inclined to have conversation with” the military about possible service. Every year, the US military discharges more than 1,200 first-time enlistees due to excessive weight gain. “Obesity is the single greatest non-criminal hindrance for our young people seeking to enlist in the armed forces,” warns Sen. Murkowski. “We want our young women and men to seek to serve their country to have basic information on what healthy weight means.”

Unlike their southern counterparts, Canadians rank markedly higher when it comes to military fitness. Nationally, just one in four adult Canadians are considered obese, while just 37% are overweight. The question of whether or not the US is in dire need of ‘Canuck’ worthy fitness training programs is therefore an easy one.

“The concept of the US military needing the help of Canadians isn’t simply something we’ve come up with in a bid to get one up over our Yankee neighbours. Yes, there’s friendly rivalry but this is a serious issue. The recent introduction of the ‘Fit to Serve Act’ proves that America itself is well aware of obesity within the military, and the urgent need to reverse the trend,” says Robert Duffy, BX Plans series editor.

Straight from the Great White North, BXPlans programs draw on the intrinsic Canadian love for climbing mountains, hiking through pine forests and of course, fighting bears with their bare fists. Designed for anyone and everyone, the fitness plans require just 11-12 minutes of a person’s day, yet instil life changing results. Best of all, they eliminate all the nuances associated with getting fit. There are no expensive gym fees, no specialist equipment, no group memberships and no need for excessive space. Instead, the workouts can be done by anyone, anytime, anywhere.

BXPlans programmes are available in English, Spanish, French and German, with Polish and Chinese set to be introduced over the next few months.


Plans for a children’s programme are also underway, with the aim of tackling obesity in young people aged 7-11.

To find out more about BXPlans and how the Royal Canadian Air Force is taking up arms against US obesity, go to: http://www.bxplans-uk.com/

Developed by the Royal Canadian Air Force, BXPlans creates a workout programmes designed to develop and maintain long term physical fitness. The progressive fitness training programs are suitable for all ages and levels of fitness.