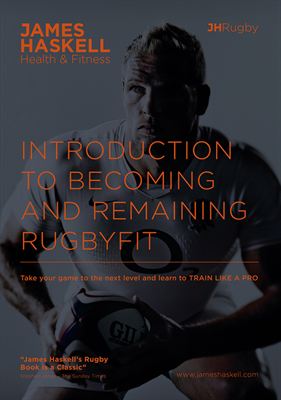 England and Wasps rugby star, James Haskell will unlock the secrets to his success and show fitness fans how to ‘Train Like A Pro’ in his brand new book, Introduction to Becoming and Remaining RugbyFit. Published this week in paperback, Haskell’s first foray into publishing follows record-breaking success on the pitch and offers clear, concise information to help both males and females to achieve their health and fitness goals by adopting some of Haskell’s own workout and physique techniques. It has already received praise from critics and has been voted “Rugby World’s Book of the Month for August”.

Introduction to Becoming and Remaining RugbyFit is fully illustrated with step-by-step guidance from Haskell himself. It is must have ammunition for any fitness fan wanting to take it to the next level in the gym or on the pitch.

The book was prompted by questions from fans and for the first time, lays out Haskell’s basic, foolproof methods needed to be successful in rugby training and wider physical activity. From page one, Introduction to Becoming and Remaining RugbyFit offers unique insight into what it takes to be one of Britain’s most successful players – giving gym goers and sports fans a treasure trove of top-level fitness training techniques, workouts and fitness plans to follow.

Drawing on 12 years of on-field experience, 70 country caps and status as the only British Isles International to have played in all four keynote world competitions, Haskell’s book is concise and comprehensive. In addition to stepping up for legendary Parisian team Stade Francais, New Zealand’s Highlanders, Japan’s Ricoh Black Rams and his home team Wasps RFC, Haskell has also had the privilege of being coached by some of the world’s best coaches, trainers and conditioners. With a catalogue featuring Warren Gatland, Sir Ian McGeehan, Michael Cheika, Jamie Joseph, Shaun Edwards and Eddie Jones, Haskell has received hands on mentorship from the best off-field prodigies in the business. As a result, the content is personal, unique and in-depth.

Haskell said, “I have been inundated with requests from people all over the world to provide training, fitness and nutritional advice. When I sat down to write Introduction to Becoming and Remaining RugbyFit my focus was on getting and keeping fit and helping others do the same, especially those who wanted to take their performance to the next level. There is an obsessive believe that you need to have a huge frame to play rugby and that’s not the case – so I’ve focused a lot on core skills like speed, power and strength, which will serve readers well on their journey to improving their overall fitness, whatever their level.”

The book can be used as a step-by-step guide with thirteen essential chapters covering topics such as the training week, HIIT cardio, bodyweight training, power endurance, recovery, nutrition and supplements.

Sunday Times reporter and rugby journalist of the year, Stephen Jones labelled the book a “classic.” Similarly, prominent sports magazines, websites, bloggers and other sports personalities have received it with critical acclaim.

To find out more about James Haskell and Introduction to Becoming and Remaining RugbyFit go to: http://www.jameshaskell.com/learn-more-ebooks

James Haskell is a renowned athlete and professional rugby player, with extensive experience of playing at the highest level all around the world. Well known for his performances on the pitch, it is James’ elite athleticism and commanding physique that has seen him become one of the most recognisable rugby sportsmen of his generation.

James’ rugby career has seen him play for leading teams in London, Paris, Tokyo and Dunedin - South Island, New Zealand. To date he has earned 70 (and counting!) international caps for his country. 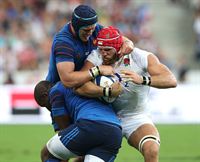 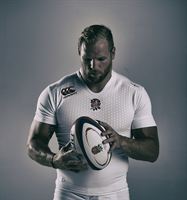