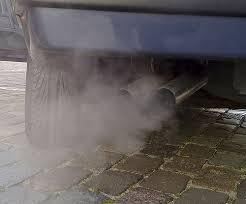 Despite salary sacrifice schemes growing in popularity, behind the scenes it has been a tense couple of months. But finally, after a period of speculation, the future of the popular system has been cemented. And Fleet Evolution, one of the UK’s premier providers of salary sacrifice schemes to SMEs, has welcomed the news that they will be protected for at least the next five years.

Andrew Leech, Managing Director at Fleet Evolution, said, “The Autumn Statement has been weighing over our heads, but we are so happy that the government has recognised the incredible benefits offered by salary sacrifice schemes, both to employers and employees alike. The schemes, since their inception, have played a large role in helping people to reduce their carbon footprint while also saving money, and we are extremely pleased that the government hasn’t paid any attention to the negative press but instead looked at them with new, fresh eyes.”

The Autumn Statement covered a whole host of topics, but at the core was the popular schemes. Currently there are no limitations on the uses of salary sacrifice, and as a result, the recent HMRC consultation document proposed banning some perks rather than dismantling the entire system. And it seems that Philip Hammond, the Chancellor, took some of these concerns on board.

Now salary sacrifice schemes will be subject to the same tax charges as cash income, but with the exception of a handful of schemes – notably, ultra-low emission cars. The scheme, along with others including the other ‘green’ Cycle to Work Scheme, will instead remain the same – which is not only excellent news for those already taking advantage and those looking into these further, but the planet as a whole.

These new changes are down to the aforementioned HMRC consultation. It flagged up some concerns that these benefits are distributed unfairly across the workforce with large employers being more likely than small ones to offer salary sacrifice due to their size. According to the consultation, it is much easier for large companies to handle the administration while achieving larger reductions to their National Insurance bill.

Fleet Evolution specialises in working with SMEs to ensure they too can provide the same benefits as their larger counterparts. “Salary sacrifice schemes have been proven to increase employee loyalty and boost morale – and what business doesn’t want to reap those kinds of benefits?”

To find out more about Fleet Evolution’s innovative approach to salary sacrifice schemes and how they can benefit all involved, visit the website: www.fleetevolution.com 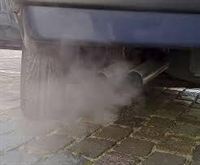