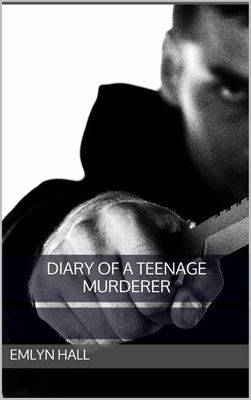 A rib-tickling new teen novel has launched on Amazon this week, and is already being billed as a cross between The Diary of Adrian Mole and the hit TV show, The Inbetweeners. Diary of a Teenage Murderer, by Emlyn Hall, is the story of a regular teenager in an extraordinary situation – but will he face up to the consequences of his actions, or will he run and face the world alone?

The story features Matthew Patterson – a sixteen-year-old boy dealing with the tricky things that all sixteen-year-olds have to tackle; girlfriends, peer pressure, exams, and even his grandmother’s facial hair. Yikes! But a catastrophic event changes the course of Matthew’s life forever, and the hilarious novel charts his choices and the journey he must have as a consequence of his decisions. The book also poses an important question to the reader: what would you do?

Emlyn Hall, author of the new novel, says, “I wanted to write a novel that would examine all of the challenges and tribulations that teenagers face – but with a bit of a twist. Those teen years are tough, and I wanted to convey that in a way that was truthful and laugh-out-loud funny. My work as a senior leader in a secondary school has really helped me get into that teen mindset, and hopefully readers will find, despite the slightly absurd situation Matthew finds himself in, that they can relate to his experiences and the choices he makes throughout the book.”

The book has already been well received in India, and the fans that have gained access to the book before its Amazon release have offered up glowing reviews.

Mr C Collins said of the book: “Amusing and provoking in equal measure - it is incredible how the author has managed to detail the minutiae of everyday life that we can all relate to. Without question, one of the most personable books I have read recently, and a great introspective into the human mind.”

User Little Miss also added: “A really nicely written book that takes you on one hell of a journey. It is hard to put down and you really plant yourself in the main characters brain. The title doesn’t give away that this book is hilarious! I highly recommend giving this a whirl, I have a feeling this story will be big news when people catch on.”

Emlyn has also written two further novels that differ entirely from Matthew’s story. Trying to Run in Prison, released in June 2015, is an intense psychological thriller that starts with three dead bodies in a room and progresses with an engrossing story that has readers feverishly page-turning to get to the end. Jack Jackson vs The Midnight Army is Emlyn’s third novel and tells the story of a ten-year-old who meets a mysterious old lady, and is transported to an exact likeness of Earth, where he’s caught up in a dramatic battle between the ancient forces of good and evil.

To buy Diary of a Teenage Murderer from Amazon, visit the site: http://www.amazon.co.uk/dp/B017QRMQ74

Dakota Digital for Diary of a Teenage Murderer

Teenagers , Diary of a Teenage Murderer , new teen novel , The Diary of Adrian Mole , The Inbetweeners