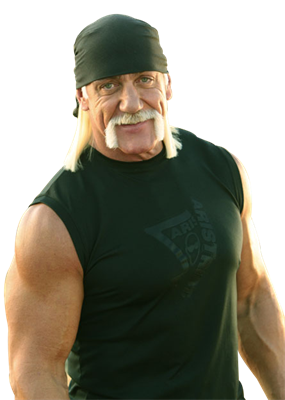 Described as ‘immortal’ in wrestling circles, the man crowned Heavyweight World Champion on no less than 12 occasions in WWE and WCW, Hall of Famer Hulk Hogan has announced he will be linking up with BPI Sports at BodyPower Expo 2015.

The biggest superstar in the history of professional wrestling and a pop-culture icon, Hulk Hogan will be present for the entire BodyPower Expo weekend from 15thto 17thMay at NEC, Birmingham.

Although semi-retired, Hulk Hogan remains a star attraction. After landing an endorsement deal with BPI Sports as the new face of BPI’s high protein candy chew FunnBar, The Hulk continues to draw a fanatical fanbase wherever he goes.

Commenting on his deal with BPI, Hulk Hogan said: “I look forward to a successful partnership with BPI Sports. Their prior accomplishments, rapid growth, and huge brand recognition is allowing them to jump to the next level in their development and I'm excited to be part of it. I only have one question for the sports nutrition industry, Whatcha gonna do when FUNNBARmania runs wild on you?”

BodyPower CEO Nick Orton commented: “We go to tremendous lengths between every show cycle to ensure that we improve every year. Being able to bring someone as phenomenally popular as Hulk Hogan, a true legend of his field, not only appeals to our core audience but will also attract new visitors to what is already a fantastic event.”

Fans will be treated to plenty of Hulk Hogan over the expo weekend. As well as being stationed on the BPI Sports stand from 15thto 17thMay, giving people the chance to meet him and take a photo, Hulk Hogan has confirmed he will participate in the Super Theatre, an hour-long Q&A session with VIP ticket holders where no holes are barred.

Standard tickets for BodyPower 2015 are now available from as little as £19.95.