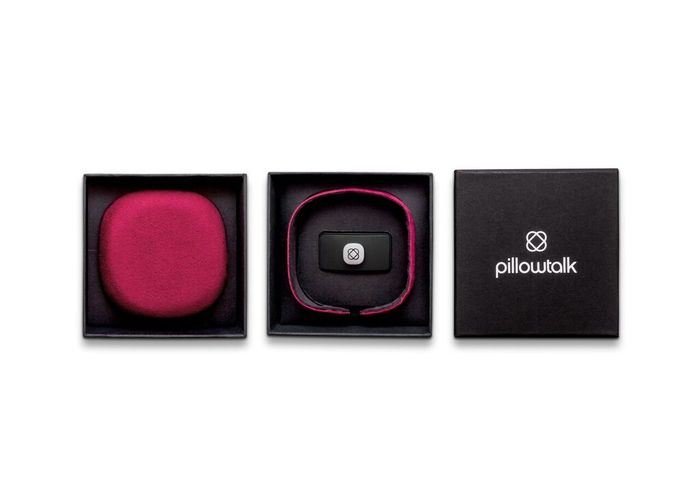 The holiday season can be particularly difficult for couples in long distance relationships or people separated from family members. Now, thanks to a clever wearable device and smartphone app designed by Little Riot launched on Kickstarter, lonely hearts can drift off to the sound of their loved one’s heartbeat.

Pillow Talk is an innovative product that transmits the sound of one person’s heartbeat to another’s pillow, using two beautifully-designed wristbands, speakers and a smartphone app. The idea is a labour of love for 28-year-old designer and entrepreneur Joanna Montgomery, and has received interest from long-distance lovers around the world. Having launched on Kickstarter two weeks ago, the project is now over 50% funded and Little Riot are conducting one last promotional push to reach the £75,000 target.

Improvements in technology mean that separated families can now communicate more easily, and even see the faces of their loved ones on video calls. Pillow Talk aims to take the next big leap for communication, creating a connection that families can feel, not just see or hear.

“Pillow Talk is about feeling that physical connection with someone”, says Jo. “Anyone who has spent time apart from someone they love knows that - while it’s great to talk to them on something like Skype - you don’t get that same closeness from a face on a screen. We designed Pillow Talk to give people that feeling that they’re somehow closer together, even when they’re many miles apart.”

Little Riot has designed Pillow Talk to be used by lovers and families, regardless of how far apart they are. The wristband picks up the user’s heartbeat and uses a smartphone app to transmit it to a receiver in their loved one’s pillow. The device then transmits the sound and pace of the heartbeat, a soothing rhythm that provides loved ones with a far more intimate connection than just email or calls.

Joanna first came up with the idea for Pillow Talk while studying at university. Her first video showcasing the concept struck a chord with separated families around the world, and she quickly built up a waiting list of over 50,000 people, many of which have family members serving in the military. She has since been fine-tuning the technology with the help of the Wayra UK startup accelerator, which is funded by Telefonica.

Pillow Talk has many benefits for both parties – it can soothe and create conditions for better sleep as a beating heart is a relaxing sound. The ongoing connection also provides a sense of security, as however far apart one person may be from the other, both users know the other person is in bed, safe and well and possibly dreaming of one another.

Backers can reserve their Pillow Talk set or secure other rewards by pledging to the Kickstarter campaign at https://www.kickstarter.com/projects/littleriot/pillow-talk-feel-the-presence-of-your-loved-one

We explore exciting and engaging ways to get involved with technology, creating objects, interfaces and new ways for users to interact. We don’t want people just to click – we want them to touch, to squeeze, to rotate, to wear. We want to change the way you communicate; with technology and with other people. 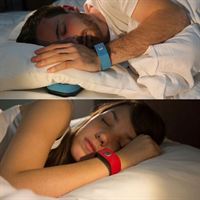