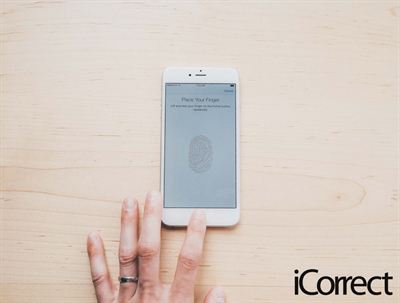 iCorrect, an industry leading group of independent Apple service centres, with locations at Oxford Circus and Bank in London, is seeking to reassure iPhone users and clarify the effects of ‘Error 53’. This comes after an update problem hit global headlines after causing chaos and confusion amongst concerned consumers.

Error 53 has been responsible for ‘locking’ handsets. This happens when the home button (which doubles up as a Touch ID fingerprint unlock function) has been replaced by a 3rdparty repairer. When users try to install the latest iOS 9 update they receive the Error 53 message within iTunes, and are then unable to use their expensive, high-tech smartphone.

iCorrect’s Managing Director, Ricky Panesar, provided further insight on the issue; “Any iPhone 6 screens changed by iCorrect will not result in Error 53, this is because we do not change your iPhone’s home button. We have had reports from customers that other 3rdparty repairers break or damage the home button when fixing phones and therefore have to replace it. iCorrect on the other hand has developed a proprietary method of removing the home button whilst ensuring your iPhone won't break down in future.

“The ‘Error 53’ problem has been blown out of proportion in the mainstream media, with some misleading headlines reporting that all iPhone repairs carried out by independent Apple repair outlets are affected by the error. Error 53 is not a new issue, and was first reported just under a year ago so iCorrect wants to set the record straight. The Error 53 issue only occurs when Apple's iTunes software fails to recognise the Touch ID security information. This can be due to the home button being replaced, but it has also been reported that some users have experienced the issue with Error 53 after liquid damage. iCorrect’s most common repair for the iPhone is a screen repair which is not affected by the Error 53 issue. iCorrect can therefore reassure iPhone owners that handset breakages can be repaired with confidence at a reputable independent service centre.”

Panesar added, “Our most important piece of advice for any iPhone owner concerned about the Error 53 message is; hold off installing the next iOS update for now. Apple has confirmed that Error 53 is in fact a security feature, but with so many people now unable to use their phones, we’re expecting some form of statement or clarification from Tim Cook, Apple CEO, in the coming days.”

Consumers should be aware that the function of the Touch ID button on iPhone models 6 and upwards is that of a secure encrypted gateway to mobile banking. The payment system, Apple Pay, is built into the Touch ID, which confirms the high level of security Apple has in place. iCorrect confirmed that most independent repair outlets in the UK do not carry out this repair to the home button, as it could compromise users’ security details. Should two Touch ID’s be swapped between two iPhone 6s it would produce the same Error 53 issue. This is because the software used to recalibrate the Touch ID is not currently available to any independent outlets. iCorrect believe Apple will be challenged on their position in this matter by the industry as they are looking to secure a monopoly on the repair market, without making a synchronizing path available to independent service specialists that operate separately to Apple stores.

iCorrect’s is London’s leading independent Apple repair specialist with an impressive reputation for efficient repairs with the majority completed within 30 minutes at their Oxford Circus and Bank service centres, with all repairs covered by a 2 year warranty.

For more information about iCorrect or Error 53, please visit: http://www.icorrect.co.uk/ 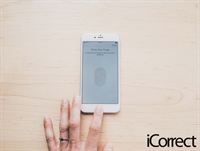