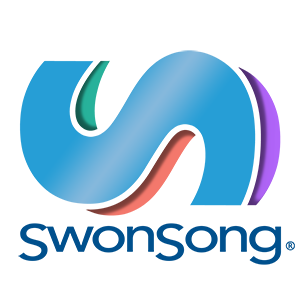 When a loved one dies, have you ever thought how special it would be to hear their voice or see their face again? A new app is making it possible, by giving people the opportunity to leave video messages, audio messages, emails and slideshows to be delivered after their death.

A brand new concept will allow the elderly or seriously ill to leave video messages to their loved ones which will be delivered at a time they choose. The app, named SwonSong, developed by co-founders David and Ian Lamonby is a unique way to give comfort to those you have left behind at special times such as birthdays, anniversaries and Christmas. It is currently the subject of a Kickstarter project aiming to reach £100,000 to put the app into full production.

David Lamonby, Co-Founder of SwonSong said, “I got the idea for the app when I lost my own mother to dementia – it was heartbreaking to see her pass away when she wasn’t herself due to the condition. This app would have allowed her to record messages when she was healthy, which would have been the best possible way to remember her.

“But SwonSong isn’t just designed for people who are terminally ill or have health issues – after all, you never know when your time will come. It could be something you invest in at the same time you are writing your will, or you may think about what you will leave behind to your family if you have a dangerous job. It’s for organised individuals who want to put a plan into action for close friends and family while they are fit and well.”

The team behind SwonSong are calling on people to get behind the project on Kickstarter, to give everyone that peace of mind when a loved one is taken away from them. Backers will receive a range of rewards, such as being among the first to try out the app when it is released later in the year. Rewards also include credits to redeem on the app, so supporters can make savings of hundreds of pounds just by backing the SwonSong app online.

Ian Lamonby, Co-Founder of SwonSong said “This really is an innovative concept which we’re hoping everyone will get behind. Treasured memories such as photographs and letters fade over time and can get lost or damaged – in this digital age there is no need to compromise on memories. Those left behind will be able to receive video and audio messages on a personal level – imagine how comforting that would be.”

To find out more about SwonSong, visit the website: http://www.swonsong.com/

To see the Kickstarter page and pledge, visit: https://www.kickstarter.com/projects/1376427392/swonsong-create-lasting-memories

Swonsong acts as a personalised digital extension of your will, allowing you to send recordings directly to those that matter most to you when you’ve passed. Using your smartphone or tablet, you’ll be able to create a variety of visual, written and audio files at your own convenience, which could prevent the potential loss or damage to hand-written documents. It is currently the subject of a Kickstarter project and once funded will be in production.