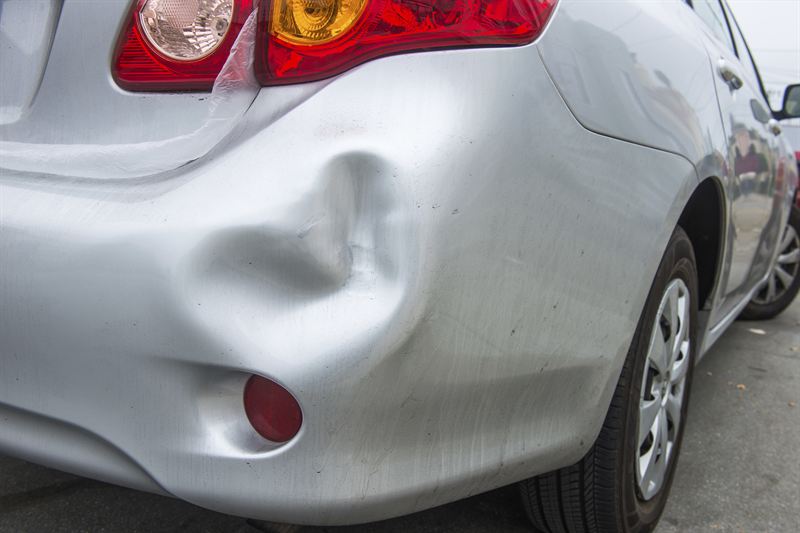 Although it seems that men are far less likely to confess to it than women, recent research conducted by OSV, the UK’s leading independent vehicle supply professionals, has revealed that in the last twelve months a whopping 29 percent of motorists has had a minor prang while parking. While small bumps are often inconsequential, it’s a little more worrying that a naughty 12% confessed to the fact that they didn’t inform the owner of the other car involved or even leave a note, after a parking incident.

Of all the potential parking prangs, the most common was the clipping of wing mirrors when driving through a tight spot, or trying to squeeze into a space that was really too small, with a third (33%) of drivers admitting to the faux pas, and 10 percent of those confessing to playing innocent and driving on without declaring responsibility.

Away from wing mirrors, it seems that passengers are the worst culprits when it comes to bumping other cars, with almost half (48%) of those surveyed saying that their passengers had caused damage by banging a car door into another car, while only 25 percent of drivers said that they’d done the same themselves.

Passengers also take their fair share of the blame when it comes to causing accidents while parking, with one in five motorists (20%) claiming that their prang had been caused by passenger distractions. Other reasons were given as follows:

So those are the most common reasons for parking pitfalls, but what are the most common victims? Unsurprisingly, bollards take the top spot, having been bumped by almost a third (27%) of drivers, while other cars come in at second place with 21 percent. Tightly packed into the middle ground we have garage doors (15%), gates (12%) and walls (10%), while for a final 5 percent, it was those sneaky lamp posts leaping into their paths that had been driver’s downfall!

OSV joint-company Director, Debbie Kirkley, comments: ‘It’s disappointing to see that so many motorists are prepared to leave the scene of an accident without taking responsibility or leaving any contact details.

‘Admittedly, this research is based upon minor bumps and scratches, so it’s feasible to think that it’s not worth the effort when many of us have had to cover the costs of damage inflicted on our own cars by other people. However, common courtesy and simply saying sorry can go a very long way.

‘I think the main issue is that people often feel embarrassed when they’ve been responsible for a minor accident, and we all have the inbuilt flight mechanism. Who wants to live with a guilty conscience though? I’d much rather swallow my pride and face the embarrassment! After all, I’d appreciate the gesture myself if roles were reversed.’

Customers can visit the OSV website – https://www.osv.ltd.uk/  – or call 01903 538835 for help finding the right car and the right financial package to suit their needs.

OSV are the UK’s best independent vehicle supply professionals, providing every funding method imaginable. Trading since 1997, they have the experience to provide our customers with the highest level of service and are proud to be members of the British Vehicle Rental and Leasing Association.