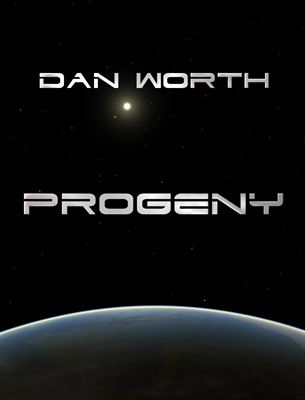 The long-awaited third and final book in the best-selling Progenitor Trilogy series is published this week. Penned by Bradford science fiction author Dan Worth, Progeny is the explosive finale to a three-year narrative through the limits of outer space.

Continuing where the second book Renegades left off, Progeny begins with the Commonwealth standing on the brink and the fate of the galaxy hanging in the balance. As war engulfs the worlds of man, their enemy the Shapers are poised to strike at the very heart of human civilisation. The men and women of the Commonwealth Navy find themselves at the forefront of a desperate battle for the very survival of the species against an enemy whose weapons and technology far exceed their own.

Whilst the conflict rages, the Arkari plot their revenge. Stunned by the Shapers’ savage assault on their worlds, they lick their wounds and shun the other races, instead focusing solely upon the task of striking back at the hated enemy. Meanwhile, thousands of light years away amidst the ruins of a dead planet, the relics of a long vanished race hold the clues to their own annihilation, and lead to the darkest secrets of both the Shapers and the Progenitors.

Progeny is already a best seller on Amazon with three appearances in its best-sellers lists including a number four spot in the science fiction chart. It has already garnered five star reviews from fans with many confessing they stayed up all night to devour the 741-page conclusion. Reader D Hamilton said, “I noted with dismay that I was tearing through the book at rate which meant I'd be finished too soon. It's a mark of a great story that you become torn between not wanting it to end, and being desperate to find out what happens.”

Having started out by self-publishing the first of the three tomes, Worth is now being courted by a number of publishing houses keen to print Progenitor series. He said, “The response to this fourth book has been overwhelming with downloads surpassing all expectations since the minute the book was released. They have continued apace ever since and to be on the Amazon fiction bestseller chart is phenomenal. Everyone has been so encouraging and the response has meant that a few agents and publishers have been in contact about getting the book to print so watch this space!”

The trilogy started in 2010 with Exiles, which tells the story of five individuals drawn to the backward, arid planet of Maranos, an ancient frontier that is all that stands between the colonies of the human Commonwealth and an alien civilization. As relations between the two sides deteriorate and a war looms, Maranos prepares to give up its ancient, terrifying secrets.

The second book in the trilogy, Renegades was released in January 2011 and followed its predecessor straight to the top of the Amazon charts. Set two years after Exiles, the story continued with a second threat to humanity watching from deep in the galactic core. As the humans struggle to regroup and rebuild after years of alien oppression, an ancient, malevolent race known only as the Shapers prepare to strike. No-one has seen the Shapers and lived to tell about it. No-one that is except Caleb Isaacs. Is the washed up Navy pilot humanity’s best hope of survival?

All three books can be downloaded from Amazon, Smashwords and all other good ebook outlets.

“The whole trilogy has been excellent from start to finish, if you haven't read the previous 2 books you should! The action is fast paced and unrelenting and the battle scenes are tremendous. I'm not sure there would be fighters or bombers in space but who cares if the story is as good as this. Dan you certainly are the man, please don't leave it at this, surely there is a 4th book.” 5.0 out of 5 stars. Dan Hamilton, Kindle Edition

“This conclusion to the Progenitor trilogy is a brilliant read. The story continues at a pace from the ending of Renegades, with the commonwealth barley defending Earth from the Shaper attack. The Archari were devastated in their battle with the Shapers, unwilling to directly help Humanity; the commonwealth has to rely on its new allies. Progeny develops three storylines which intermingle throughout the plot. This has the advantage or building up tension as well as providing a good overview of a Galaxy at war. The Author on the whole manages this quite well, with none of the disappointment you find in other books, when you see the next chapter is not about your favourite character.

These stories combine at the end to provide a suitably tense and enjoyable finale. The author is to be commended on providing a conclusion which does not rely upon some `magic' plot device. The ending and story plays out on principles established throughout the trilogy… Can we please have a part 4?” 5.0 out of 5 stars. Oxtiger, Kindle Edition

Author Bio: Dan Worth was born in Bradford in the United Kingdom in 1977 and was educated at Hull and Bradford Universities. He has probably worked in every office job known to man at some point and writing kept him sane during his evenings and weekends. He writes for his own enjoyment but even though he now spends his working hours in a job he enjoys he still likes to wander off into his own imaginary worlds during his spare time. 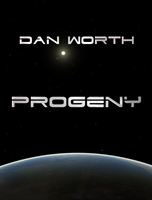