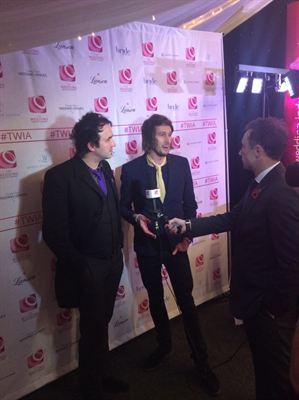 A whole generation of kids who grew up listening to the likes of Oasis and Blur in their early teens are now far more comfortable having Indie songs as the sound-track to their wedding day.

Gone are the days of a Sinatra song serenading the first dance, a far more likely choice might be 'You and Me' by The Wannadies or 'Mr Brightside' by The Killers. And if you are attending a wedding in the coming months don't expect the bridal entrance song to be Wagner's 'Here Comes The Bride': think more 'She Bangs The Drums' by The Stone Roses. One thing is certain; wedding couples are ditching old traditional favourites for modern classics.

Two musicians who have really seen this trend develop in recent years are Kieran Stokes and Dominic Beresford. The pair met at school in the 1990s and grew up on a musical diet of Britpop before going onto launch Rock My Reception www.rockmyreception.co.uk, a wedding band who play for couples who have the same love of groundbreaking indie tracks from the 1990s. Since their first wedding two years ago they have been inundated with requests to play at weddings.

Vocalist and guitarist with the duo Dominic Beresford commented "We really are riding on the wave of Brit Pop music, albeit nearly 20 years after the event itself! Dominic continues "Lets face it who wants to listen to a string quartet at a drinks reception when really you know all your guests would be happier tapping their feet to 'She's Electric'.

And who can argue with this shift in wedding trends. Rock My Reception's popularity with this modern-day breed of Brides and Grooms has caught the eye of industry experts. Last week they were voted Best Wedding Entertainment in The North East of England at a glitzy ceremony at Middleton Lodge in Richmond. That success came hot on the heels of victory at The Wedding Industry Awards in London last January where they pair were named Best Newcomer to the wedding industry.

Kieran from Rock My Reception explains "Its been a crazy two years, we went from playing in local bars in our hometown in Yorkshire to flying across the UK and Europe to play weddings, and have now totalled 70 so far this year". Kieran continues "We noticed so many wedding entertainers were still stuck in the past and there was a real gap in the market for a quality wedding band who could play a back catalogue of tracks to people who grew up with the Britpop explosion."

With the renaissance of indie music showing no signs of fading and the U.K wedding industry being worth an estimated £10 billion annually, there seems to be no let up for wedding suppliers like Rock My Reception who have skillfully adapted their brand to accommodate the lucrative 'thirty-something' market. 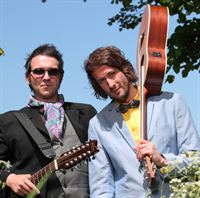