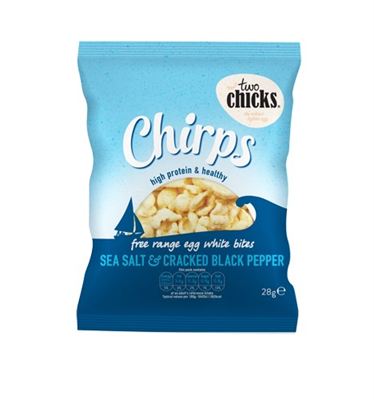 Anna Richey and Alla Ouvarova, the ladies behind Two Chicks liquid egg white, liquid whole egg and omelette mix have created a high protein snack ideal for people on-the-go which just launched in Selfridges.  The brand will also be exhibiting at BodyPower Expo next weekend, running at Birmingham NEC from 15-17 May 2015.

Anna Richey had the idea to start Two Chicks when she was living in LA where there were many brands of liquid egg white available.  She launched Two Chicks with her good friend Alla Ouvarova who also recognised the gap in the market.  Two Chicks ensures that the British public can enjoy liquid eggs for cooking, baking and creating the lightest omelettes with ease. This was the first ever time that liquid egg white was available in retail in the UK.

The girls then tapped into the increasing demand for healthier, high protein snacks on- the- go and subsequently created Chirps.  Chirps are a snack, with the bite of a crisp, high in protein and low in fat and carbs.

“We wanted a snack with the bite of a crisp that was high in protein and lower in fat and carbohydrate. Chirps contain egg white, which is one of the highest quality protein sources available. We brought you our liquid egg products for the kitchen – here’s one for the road.  We saw an opportunity to create a high protein, low carbohydrate crisp-style snack that was tasty as well as healthy.  There was nothing out there that answered this so we developed Chirps,” said Alla and Anna.

For more information about BodyPower or to buy tickets, visit: http://bodypowerexpo.co.uk/

Two Chicks was founded in 2007 by good friends Anna and Alla.  The girls recognised the increase in the UK for both healthy eating and baking alike.  Fed up of separating eggs they launched a liquid egg white in a carton. The Two Chicks range includes Liquid Egg White, Liquid Whole Egg and an Egg White Omelette Mix.

Chirps are a high protein, low calorie snack ideal for those who want a tasty and healthy snack on-the-go.  Low in carbohydrate and fat, they are available in three flavours: Sour Cream & Onion, Sea Salt and Cracked Black Pepper and Smokey Jalapeno. Egg white is one of the highest quality protein sources available. Chirps contain 15% of your daily recommended protein recommendation per bag. 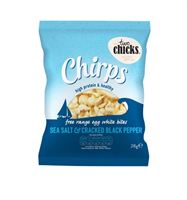 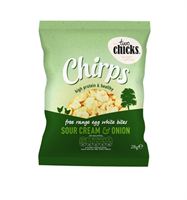 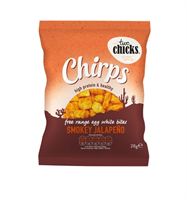