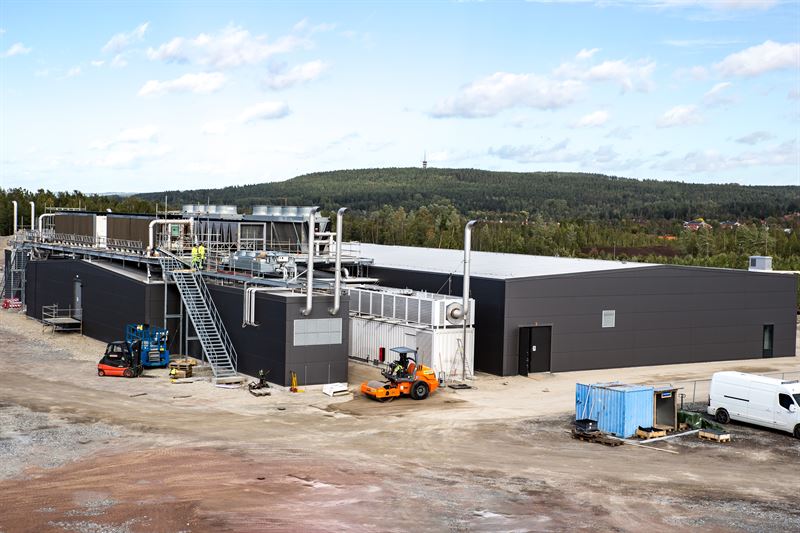 EcoDataCenter  has completed a directed share issue of SEK 200 million to step up its focus on carbon-positive and climate-adjusted data centers. The share issue was subscribed by a Swedish real estate fund managed by Areim.

EcoDataCenter has just finished the construction of the world’s first carbon-positive data center in Falun, Sweden, and both companies see a tremendous potential for the concept.
“The dramatic rise in demand for data processing requires enormous amounts of energy and Sweden has a unique potential to build an industry around cost-efficient and green data processing,” says Lars Thunell, Chairman of EcoDataCenter’s Board of Directors.

EcoDataCenter and Areim recently signed an agreement for a joint investment in data centers. As part of this agreement, Areim’s III real estate fund has bought into EcoDataCenter to become principal owner by subscribing to a directed share issue of SEK 200 million. Areim is a Nordic property owner and manages, via its funds, capital on behalf of both Swedish institutions and some of the world’s largest institutional investors.

Aims to consolidate market
“Together with Areim, EcoDataCenter can create a distinct environmentally profiled and qualitative Nordic alternative for major international players interested in establishing operations in the Nordic countries,” says Lars Thunell, Chairman of EcoDataCenter’s Board of Directors. “This also provides us with the financial muscle to acquire existing data centers from other large companies to consolidate the Nordic market and expand our concept with carbon dioxide positive data centers.”
“The collaboration with EcoDataCenter means we are entering a rapidly expanding industry with substantial future potential, and our shared expertise will enable us to create a new investment segment in the Swedish real estate market,” says Areim’s founder Leif Andersson.

Significant cost advantages
Data centers consume large amounts of energy and therefore produce substantial environmental emissions, not least carbon dioxide. EcoDataCenter’s data centers are designed and built to produce a minimum of carbon dioxide emissions, leading to greater efficiency and lower costs.
“Our concept provides us with far lower investment and operating costs and means we can offer highly competitive pricing,” says Lars Schedin, CEO of EcoDataCenter. “From the outset, our concept is very attractive in a world that must transition to much more sustainable energy use, but the major cost advantages give us an additional competitive edge in the market.”