Developing the centre area is one of the city’s spearhead projects based on Turku 2029 city-strategy. Planning has been coordinated in close cooperation with visionary experts representing e.g. university, commerce, architecture, cultural institutions as well as city administration. 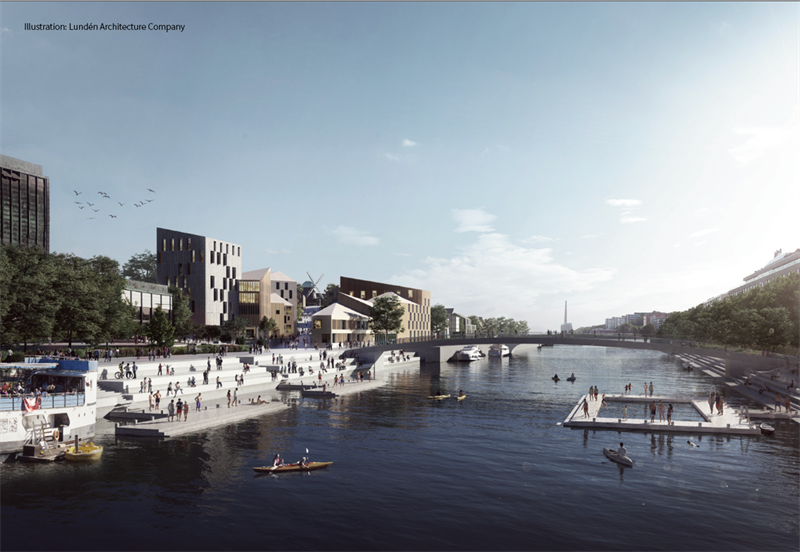 “In Turku, we have a culture of cooperation not to be found in cities everywhere,” cheers Program Director Riitta Birkstedt.

Physical environment has traditionally been considered starting point for city-centre visions, where planning is based on a constructional perspective. In Turku, the focus is on contents.

“The built environment is important, but activities which can be promoted by structural development is pivotal.”

Thus, the city is not merely a stage for urban activities but an organ which activates and creates vitality. A plan to build a tram network has, for example, gained a great deal of interest from industries. The city’s ambitious climate targets have also drawn wide attention.

“As a result, Turku has been among top cities in international climate policy comparisons,” says Director of Urban Planning Timo Hintsanen.

The city centre will undergo comprehensive development with the aim to attract also new jobs as well as inhabitants. Therefore traffic planning linked with the quality of public space and city centre vitality development plays a key role.

“We have thought a lot about how people want to move around in the city centre and how solutions associated with this influence the development of urban space,” says Birkstedt.

According to the city’s spearhead project, the city centre spreads from the vicinity of the Market Square to the riverfront around the Old Great Square and University campus. The project also focuses on the redesign of the harbour area as well as the development of the railyard area featuring new travel and experience centres in the future.

It is also central that Turku aims to become known as world’s most beautiful archipelago capital.

“Turku is changing from a river city to a maritime capital of the Finnish archipelago”, concludes Hintsanen.

Turku looks ahead and is a boldly renewing, smart and wise European city. Turku and its surrounding municipalities form a vibrant growth centre of the Baltic Sea with a versatile economic structure, dynamic businesses, high-quality education, culture and service offering and beautiful archipelago that form an attractive combination.