A new record year for tourism in Helsinki in 2015

The number of overnight stays in Helsinki reached a new record high last year, with almost 3.5 million bednights reported by local accommodation providers. Monthly records were set in July and December with year-on-year increases of 18 and 21 percent, respectively. 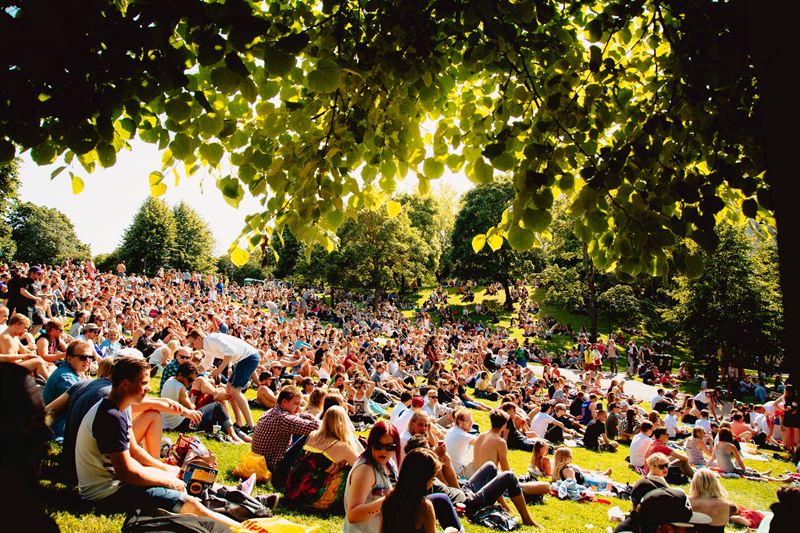 The overall increase in the number of overnight stays in Helsinki in 2015 was 5 percent, compared to a marginal decrease of 0.2% for Finland as a whole. Helsinki managed to achieve significant growth despite a collapse of 38 percent in the number of visitors from Russia – traditionally the largest foreign incoming market for Helsinki – due to the weak rouble. Helsinki attracted a growing number of visitors within the domestic market (+4%), as well as from many international markets including Germany (+12%), Sweden (+11%), Great Britain (+8%), Japan (+17%) and China (+44%).

Helsinki has systematically sought to attract major events in recent years, and now all the hard work is paying off.

“Events had a big impact on tourism last year. The biggest of these, Gymnaestrada in July, brought 21,000 participants from around the world to Helsinki. The International Ice Hockey Federation World Junior Championship that began in December also attracted a large number of visitors, thanks in part to the affordable ticket prices. Japan Week last October in turn helped generate more overnight stays by visitors from Japan,” says Tuulikki Becker, CEO of Visit Helsinki.

The number of Chinese visitors to Helsinki Region developed extremely positively last year; for the first time the tourism income generated by visitors from China surpassed spending by visitors from Russia. Russia was also overtaken by Germany, which is now the biggest foreign incoming market for Helsinki. Behind Germany and Russia came Great Britain, Sweden, Japan, the USA and China. The number of visitors from Japan increased by 17 percent – enough for Japan to overtake the USA as the fifth biggest incoming market.

The average length of stay among visitors to Helsinki last year was 1.7 nights. The room occupancy rate among accommodation providers increased to almost 70 percent in 2015 compared to 68% in 2014.

Helsinki expects another strong year for tourism in 2016 thanks to increased accommodation capacity and new attractions.

“The outlook for tourism in Helsinki Region looks bright, as we are finally gaining increased accommodation capacity of around 1000 beds. We expect this to be reflected positively in the number of overnight stays, and it should also make it easier for us to attract even more major international events,” Becker comments.

Helsinki will also gain several new attractions in 2016. These include Löyly, a stunning design sauna and restaurant on the southern tip of the peninsula in Hernesaari, Helsinki Pool, which combines the historic spa heritage of the Baltic Sea with contemporary urban culture right next to the Market Square, and Vallisaari, a recreational island that is opening up to the public. In addition, the Helsinki City Museum will open its new premises on the corner of Senate Square in the historical Tori Quarter in mid-May.

Please see statistics for December 2015 and the whole year 2015:
http://www.visithelsinki.fi/en/professional/why-helsinki/statistics-and-research/helsinki-tourism-statistics