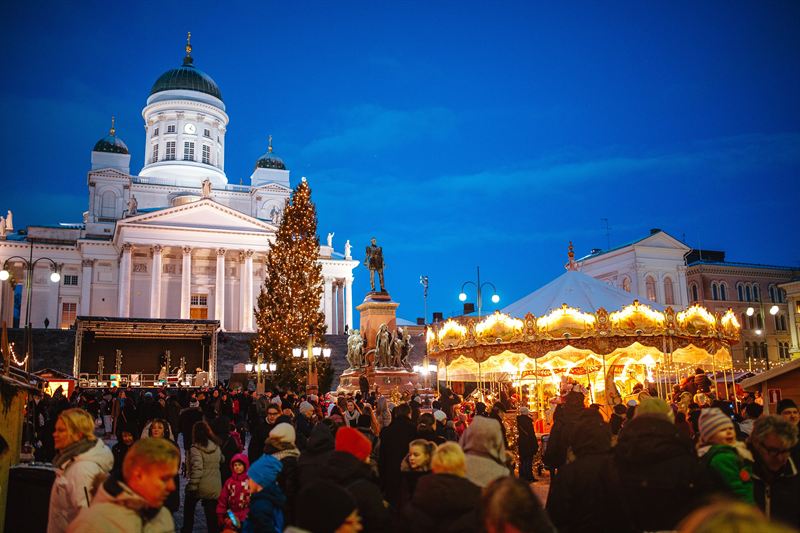 According to estimates by TAK Oy, the number of visitors from Russia spending the New Year holidays in Helsinki from 28 December 2015 to 10 January 2016 will be similar to the relatively low number a year ago, i.e. around 36,000.

“There was a big drop in the number of visitors from Russia to Helsinki last New Year’s, falling by around a half, but we do not expect this number to fall any further this year,” says Pasi Nurkka, CEO of TAK Oy.

Overnight stays up within Helsinki

Accommodation providers within Helsinki (excluding Espoo and Vantaa) reported four percent more overnight stays during the period January-September 2015 than in the corresponding period last year, despite the number of visitors from Russia falling by 41 percent. The number of overnight stays by visitors from China has grown during the same period by almost 49 percent.

“We expect the number of overnight stays in Helsinki to grow by around four percent this year to 3.4 million. Helsinki’s strength is that we have several major incoming markets that we are also actively investing in,” adds Visit Helsinki’s Tuulikki Becker.


Helsinki Convention & Events Bureau and Visit Helsinki are marketing names used by Helsinki Marketing Ltd, a city-owned company that is responsible for the city’s marketing operations.