The ISU World Figure Skating Championships will be held this year at Hartwall Arena in Helsinki from 29 March to 2 April. The event is expected to attract a global audience of over 300 million people. 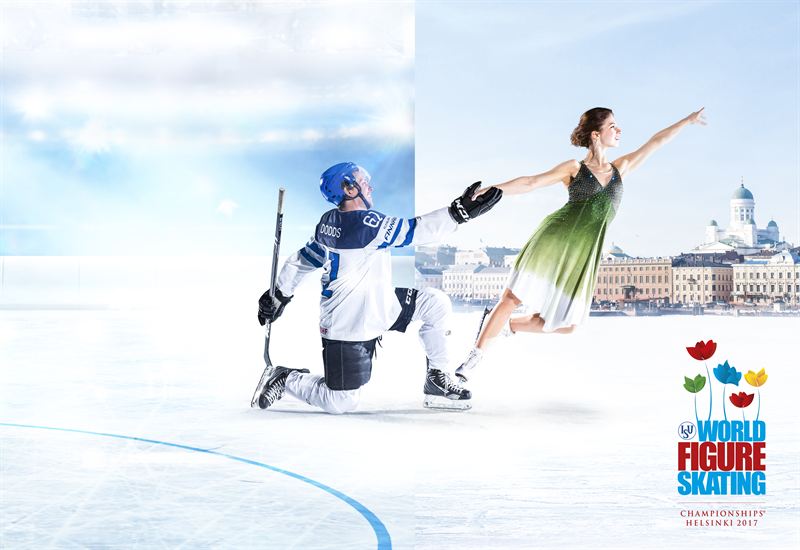 Thousands of international visitors to the championships will arrive in Helsinki, and the city is actively making preparations to receive them.

“We are working to raise Helsinki’s international profile. We want visitors, experts and companies to experience Helsinki as an interesting and impressive city,” says Saila Machere, head of the City Marketing Unit at the City of Helsinki.

“Helsinki chose to be an official partner of the ISU World Figure Skating Championships because international events like these attract an international audience, the media and business representatives. We are experienced experts in organising events like this, and Helsinki is very keen to stage similar major events in the future too,” Machere continues.

“Figure skating is very popular in Japan, for example, and the championships in Helsinki are expected to reach a global audience of over 300 million people.”

The ISU World Figure Skating Championships have already been very visible in Helsinki in the months leading up to the event.

“The City of Helsinki and the Finnish Figure Skating Association have signed a partnership agreement and together organised ten free-of-charge skating events in Helsinki over the winter. This represents a new form of event cooperation, allowing hundreds of local residents the chance to skate and take skating lessons easily and at no cost. At the same time the city’s refrigerated skating rinks have received a lot of positive visibility,” confirms Tarja Loikkanen, ‎Sports Director at City of Helsinki.

Special attention has been paid to creating an inspiring event venue at Hartwall Arena. There will be plenty of sales and service points inside the arena, as well as the City of Helsinki’s Uusix Workshop and a team of multilingual Helsinki Helpers to assist visitors.

The visual design of the arena during the championships has been inspired by Finnish nature.

“The white background of the ISU World Figure Skating Championships logo is combined with flowers that symbolise snow and ice, the white nights of summer and naturally the spring flowers too. The Finnish identity is reflected in the clarity and freshness of the design,” says Margit Sjöroos, a concept designer specialised in sense-friendly design.

The flower theme can be seen in the interior design of the event venue, including the sign posting and award ceremony areas. A large number of plants also creates a garden-like atmosphere within the ice hall.

In addition to sense-friendly designs, the competition venue also features innovative visual solutions in both the Kiss&Cry room and the Greenroom, where the skaters will wait to see their scores while TV cameras capture their reactions.

“The Kiss&Cry room here in Helsinki is something completely new. Helsinki’s new visual identity and a moving image will be projected onto the backdrop using high-power projectors. Finnish design will also be very much on display in the Kiss&Cry room and Greenroom, including Artek furniture,” says Jenny Taipale, Project Manager at Helsinki Marketing.