This year’s Lux Helsinki light festival in January has attracted exceptionally positive feedback. The organisers focused especially this year on the visitor experience, which seems to have paid off. The results of the visitor survey were better than ever, proving that Lux Helsinki fulfilled the expectations of visitors on many levels. The overall impression of Lux Helsinki among visitors this year was 99% either very good or quite good, and 96% of those who responded to the survey indicated that they would definitely or probably recommend the event to a friend. The general comments highlighted the unique atmosphere of the event, which combined a sense of community with interesting and emotive content that included beautiful light installations.

The next Lux Helsinki light festival will be held from 5 to 9 January 2017. Lux Helsinki is a free-of-charge event organised by the City of Helsinki. 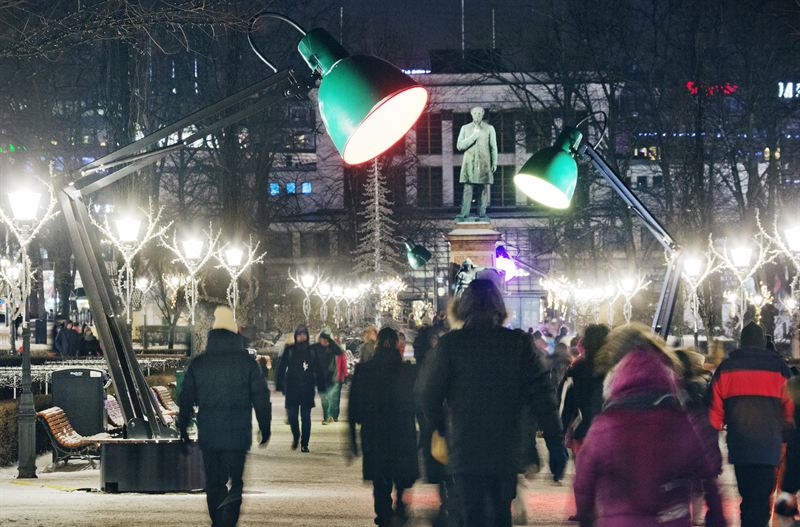 The purpose of the visitor survey was to ascertain the success of Lux Helsinki and related happenings in the eyes of members of the public who attended the event. The key objective of the light festival this year was to further enhance the visitor experience, for example by creating a more cohesive route and improving guidance. In addition, the organisers were keen to emphasise the role of Lux Helsinki as an urban winter festival that brightens up the darkest time of the year by fostering a sense of community and presenting brilliant light art.

“In terms of the general rating and level of recommendations, the results are the best we have seen in the hundreds of event surveys we have carried out over the past 10 years.  Only three other events have come close in terms of overall impression or recommendations, but no other event has rated as highly in terms of both. It really doesn’t get much better than this,” says Klaus Virkkunen, Research Director at Sponsor Insight.

“This year visitors really fell in love with Lux Helsinki and made it their own. The event was considered entertaining, interesting and especially beautiful, which was also reflected very strongly in social media and by the fact that nearly all of those who responded to the survey would recommend the event to a friend,” comments Tuulikki Becker, CEO of Visit Helsinki.

The survey was carried out by e-mail using addresses gathered during the event, as well as on the Lux Helsinki website and social media channels. Altogether 1298 persons responded to the survey, which was carried out by Sponsor Insight.

The Lux Helsinki light festival is organised by the City of Helsinki. This year’s event was coordinated by Päivi Meros, Event Producer at Visit Helsinki, and Sun Effects Oy handled the production. The artistic director of the festival was Ilkka Paloniemi and the technical director Matti Jykylä.