​Childhood psoriasis – a challenge for all!

October 29 is World Psoriasis Day. Conceived by patients for patients, World Psoriasis Day is a truly global event focusing on the burden of living with psoriasis. There are more than 125 million people with psoriasis/psoriatic arthritis in the world. Many are children. Psoriasis is a severe chronic inflammatory disease that effects all ages, genders, races and ethnicities.

The theme of World Psoriasis Day 2010 is: Childhood psoriasis – a challenge for all

“Childhood psoriasis is difficult in many ways and affects the whole family. Treatment options are much fewer than for adults. Getting a child with severe psoriasis in the family, who needs constant care, is a concern for all; parents, siblings, relatives and friends. In preschool and primary school relationships with class mates will be very important, sometimes including the risk of bullying and discrimination. This is why awareness raising about the disease must be prioritized and repeated again and again, since new generations are coming and growing up all the time.” Lars Ettarp, President of IFPA says.

The IFPA Member associations asked children in all ages to send in a drawing to a national drawing contest. The drawing should feature 3 things: Psoriasis, a Teddy bear and a feeling (to be reflected in the drawing.) The national Psoriasis association selected a drawing as national winner to be competing for the country in the global contest. The winning drawing from each competing country was sent to the IFPA Secretariat to compete on a global level. A short presentation of the young artist and a description of the drawing in the artist’s own words were also enclosed.
At the EADV Congress in Gothenburg Oct 7-10, the winning drawings from all over the world were presented as an Art Gallery in the IFPA Booth in the exhibition. The almost 8 000 delegates of the EADV Congress; professors, doctors and scientists from all over the world, were invited to vote for the global winner.

We are today, at World Psoriasis Day 2010, happy to announce and warmly congratulate the winner.

Congratulations
Faya Priem, from the Netherlands

Faya wrote a poem on her drawing:

‘Hello Sun, Hello Sea,
Please, take the spots away from me….’

The word on the sailing boat means: ‘itching’

Please visit www.worldpsoriasisday.com for more information and to see the winning drawing and the finalists. The story of our WPD Teddy bear and his psoriasis, teddy postcard and illustrations can also be downloaded there.

IFPA
The International Federation of Psoriasis Associations (IFPA) is a nonprofit organization made up of psoriasis associations from around the world, representing more than 125 million people who suffer with psoriasis and/or psoriatic arthritis.

125 million reasons to fight Psoriasis: Documentary turns the spotlight on some of them

125 million people worldwide suffer from a life changing disease that goes beyond what meets the eye and most people’s knowledge and imagination. We are talking about psoriasis. Today marks the world-wide day to speak out about the disease and the launch of the 2nd Under the Spotlight documentary.

Today, on World Psoriasis Day 2010, the International Federation of Psoriasis Association (IFPA), as a call to action, releases the 2nd Under the Spotlight documentary – an initiative that provides world-wide examples on why psoriasis is ‘a world health challenge’ – and encourages you to take two simple actions today:

By doing so, you actively contribute to raising awareness about psoriasis – a central weapon in the fight against the disease.

‘A world health challenge’ refers also to the title of a recent symposium organized by IFPA and attended by a representative of the World Health Organization (WHO) leading physicians and other providers of health care.
The key conclusions from the symposium points to the fact that psoriasis is not ‘just’ a skin disease that afflicts the single individual; it is a complex, progressive disease that can have several direct and indirect consequences for the individual, the family, the employer and society as a whole, if not managed optimally:

“Dr Shanthi Mendis, WHO, states in her eminent key note presentation at the IFPA Satellite Symposium that the non communicable diseases, as causes of deaths in the world, have dramatically increased and are actually overtaking the infectious and communicable diseases. The global health challenge is moving focus towards the chronic diseases and their often mortal comorbidities. The IFPA Satellite Symposium proved once more several important reasons to have psoriasis recognized as a serious chronic disease that needs to be taken more seriously. IFPA has, together with all our stakeholders, including WHO, an important challenge to make this a reality”, Lars Ettarp, President of IFPA says.

In order to raise awareness on this fact, IFPA in 2009 launched ‘Under the Spotlight’ – a program supported by the health care provider Abbott, and designed to portray the true nature of psoriasis via documentaries featuring people with psoriasis from all over the World.  The mission: To communicate the ‘black box’ of psoriasis via, for the first time, documenting on film the face and the nature of psoriasis. None of the featured “spotlighters” ever imagined what one day would strike them. Now they know. The disease changed their lives.

“Decisions and choices that most people have - and take for granted -, such as having children, a social life, an education or a job, are not easy when you have psoriasis. Sometimes we don’t even have these options. And all of this can and needs to change. We have to fight the ignorance, nature and consequences of psoriasis with any means we have. IFPA, representing millions of people over the World, is committed to win this fight. But we can not win it alone. Hence, we are happy to fight side by side with everyone, who, like in this case Abbott, shares the commitment in more than one way, and understands and respects what our individual roles and responsibilities are in this fight’, Lars Ettarp continues.

IFPA encourages everyone to visit www.underthespotlight.com. All the Under the Spotlight documentaries are provided by individual patients and members of IFPA, and the documentary that receives most votes will be honored with the Under the Spotlight Award. This award is given by IFPA and announced in November 16 – the International Day of World tolerance, and will be announced in an International press release and on www.ifpa-pso.org

The World Psoriasis and Psoriatic Arthritis Conferences
Every third year IFPA arranges an international scientific conference focused on the latest findings about psoriasis and psoriatic arthritis and related co morbid conditions. The uniqueness of these conferences is that throughout the scientific program the true patients’ perspective is reflected. The 3rd World Psoriasis and Psoriatic Arthritis Conference will be held in Stockholm, Sweden, June 27-July 1, 2012. www.ifpa-pso.org

Interviews available with: IFPA, healthcare professionals involved in the development of the project, patient associations in participating countries, and contributors to the programme.

The International Federation of Psoriasis Associations, IFPA, is a non-profit umbrella organization that gathers psoriasis patient associations from around the world. Today IFPA has 54 member associations covering all regions of the world. IFPA unites psoriasis associations so that their global campaign for improved medical care, greater public understanding and increased research will improve the lives of the more than 125 million people who live with psoriasis and/or psoriatic arthritis. IFPA is actively campaigning for recognition of psoriasis as a serious, noncommunicable disease by the World Health Organization’s member states. You can read more about IFPA, our members and our activities on our website www.ifpa-pso.org. 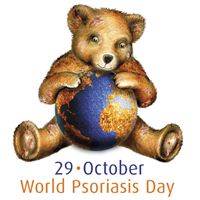