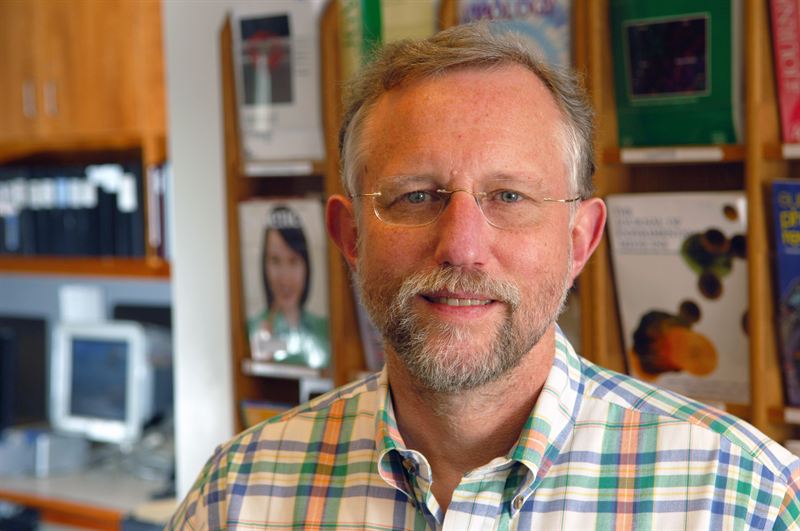 [PRESS INVITATION, 18 May 2015] The new hepatitis C drugs represent a genuine breakthrough in pharmaceutical research, and would not have been possible without the work done on the virus by Charles Rice at Rockefeller University. Dr Rice is now coming to Sweden to speak about hepatitis C for the annual Nicholson lecture, where an introduction will be given by one of Sweden’s best-known hepatitis C patients, Professor Hans Rosling.

Some 130 million people around the world are thought to be infected with hepatitis C, a virus that can lead to severe liver diseases such as cirrhosis and cancer. There is currently no vaccine, but last year several new drugs were launched that are powerful enough to cure the disease.

“Which is why this is the perfect time to invite Charles Rice here to speak,” says Matti Sällberg, professor of clinical microbiology at Karolinska Institutet. “He’s been involved in the key discoveries that have led to the new medicines we have today.”

The hepatitis C virus was discovered in the 1980s, and Dr Rice was one of the first scientists to study it. He has shown that the virus uses an enzyme, protease, to cleave proteins and reproduce. Drugs are now available that target this very enzyme and inhibit its function.

Dr Rice has also developed replicon and cell culture systems for the hepatitis C virus. Such systems are essential for studying the viral lifecycle, and to screen and evaluate new drugs.

During the Nicholson lecture, Dr Rice will be describing the scientific journey from the discovery of the virus to the development of today’s powerful drugs.

Hans Rosling, professor of public health science at Karolinska Institutet, will be introducing the lecture. He contracted hepatitis C many years ago and shortly after his diagnosis travelled to Japan to purchase the new hepatitis C drugs, which appeared on the Japanese market before arriving in Sweden and which are still unavailable to most patients here. So while being himself involved in research, he is also able to give the patient’s perspective on the disease.

Jonas Frisén, professor at Karolinska Institutet and stem-cell researcher, has been selected as this year’s speaker at Rockefeller University.

For information about the subject and the lecturer, contact:
Professor Matti Sällberg
Tel: 070-608 21 01
Email: matti.sallberg@ki.se