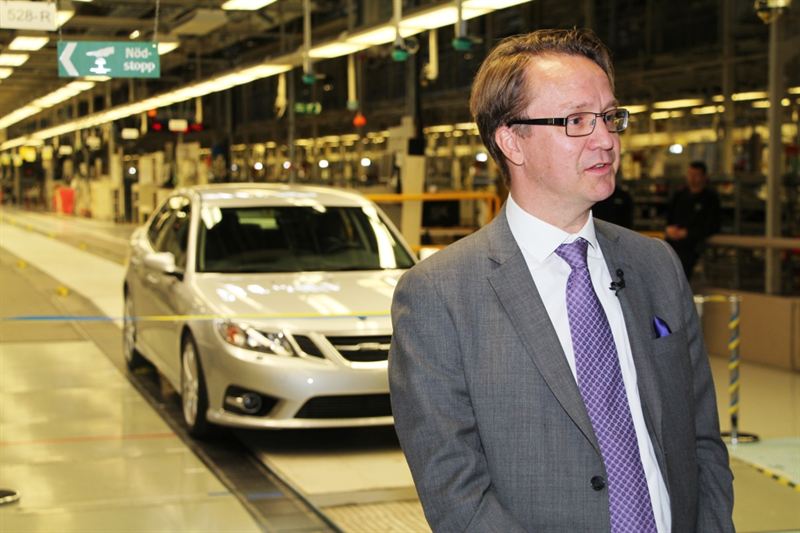 Today the first assembled car of the first batch of pre-series cars left the assembly line. It is one of several important steps in validating the facilities and production processes as part of the preparations for the planned start of production later this year.

“I am pleased that today we have assembled our first car to verify all the production processes here in Trollhättan. Prior to our decision to start production of Saab cars, we need to finalize a few remaining dialogues to build partnerships with suppliers. We now know that the plant is ready for production”, said Mattias Bergman, acting President for Nevs.