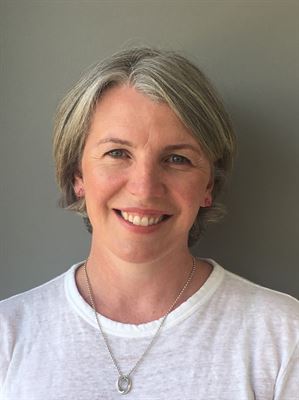 FilmNation Entertainment and Nordic Entertainment Group (NENT Group) have appointed Kirstie Macdonald as Creative Director of their recently announced UK-based television joint venture, which will operate under the FilmNation brand. Macdonald’s extensive track record includes hit productions such as ‘Line of Duty’, ‘Save Me’ and the BAFTA Award-winning ‘The Fear’.

In her role as Creative Director, Macdonald will lead the joint venture’s UK team and be responsible for building the company’s production slate. She will head up project sourcing, development and production, while also managing and developing key talent relationships. Macdonald will start her new position in November.

Macdonald is currently Creative Director, Drama at Peter Fincham and Tim Hincks’ production company Expectation, where she has struck deals for novels including Richard Roper’s ‘Something to Live For’. She is overseeing the launch of Expectation’s drama ‘Guilt’ before moving to her new role at FilmNation.

Prior to Expectation, Macdonald worked for ITV Studios-owned World Productions on hit shows including ‘Line of Duty’ for the BBC; ‘Save Me’ for Sky Atlantic; ‘Outlaws’ for the BBC; and the BAFTA Award-winning ‘The Fear’ for Channel 4. She was also an executive producer on ITV’s ‘Dark Angel’ and ‘In Plain Sight’.

Kirstie Macdonald: “I couldn’t be more excited about being part of this new venture between FilmNation and NENT Group. I’m such a big fan of FilmNation’s output – their integrity as storytellers and their talent relationships are second to none, and the reach this partnership with NENT Group gives makes this a fantastic opportunity to create some truly original television.”

Jakob Mejlhede Andersen, incoming CEO of NENT Studios UK: “Our joint venture with FilmNation Entertainment is a key step in establishing NENT Group as a global storyteller. From storyboards to awards, Kirstie turns amazing ideas into special series. Her appointment will enable us to bring even more high-quality entertainment to our Nordic streaming service Viaplay and audiences around the world.”

Announced in January 2019, the joint venture between FilmNation Entertainment and NENT Group will develop, produce and finance premium scripted television content for global audiences, and is currently assembling its creative team.

The two companies will together leverage their established talent relationships and build a dedicated television content pipeline while expanding their global footprints. Both partners bring deep-seated knowledge of the global content marketplace and have successful track records of creating bold and elevated works with some of the world’s most renowned storytellers. The joint venture will work with a wide variety of UK studios, talents and co-financiers. NENT Group will have first option on the exclusive Nordic media rights to all the joint venture’s productions.

NENT Group’s studio business, NENT Studios, includes 32 companies in 17 countries and is behind acclaimed works in multiple genres ranging from factual, documentary and reality to game shows, lifestyle and drama. From 1 October, NENT Studios will operate through three divisions – Nordics and Central & Eastern Europe, the UK and the US.

FilmNation Entertainment is a leading independent entertainment company focused on the production, financing, and distribution of feature films and television. FilmNation’s titles are amongst the most critically lauded in the film industry with more than 40 Academy Award® nominations and eight wins. The company has broadened its platform with strategic investments into other storytelling arenas, including theatrical production (it recently produced the 10 Tony winning musical ‘The Band’s Visit’), virtual reality, and digital/short form content. The company has produced and financed numerous award-winning box office hits including: ARRIVAL starring Amy Adams, and THE BIG SICK produced with Judd Apatow. FilmNation is consistently ranked as one of the highest-grossing independent international film distributors, and has built a deep slate of television series in development, including Derek Cianfrance written/directed ‘I Know This Much Is True’ starring Mark Ruffalo at HBO, and Isabel Allende adaptation ‘The House Of The Spirits’ at Hulu.