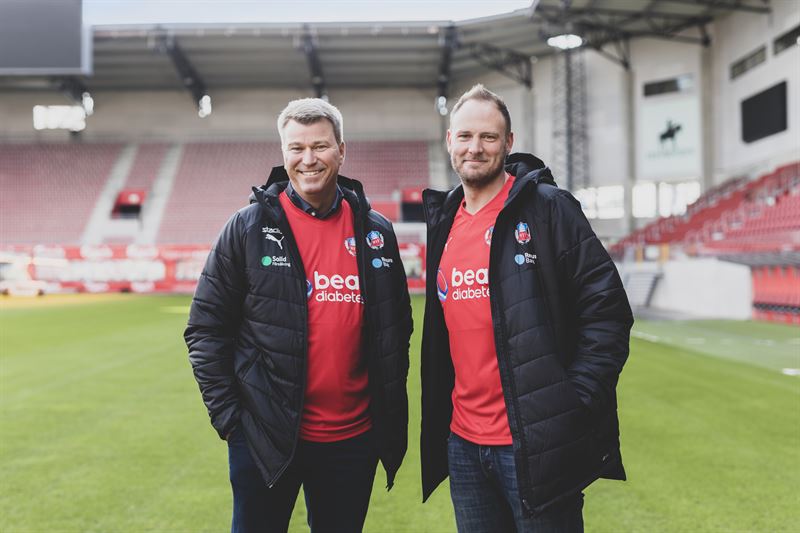 Founded in 1907, HIF is one of Sweden’s most well-known football clubs. Its new women’s and girls’ teams will be up and running from this spring and will compete in multiple age categories. One of the partnership’s long-term ambitions is for the senior team to reach Damallsvenskan, which is the highest league in Swedish women’s football. Interest in the women’s and girls’ game is growing rapidly across the Nordic region, with the Nordic countries expected to place a joint bid to host the 2027 FIFA Women’s World Cup.

NENT Group’s involvement in the partnership reflects its commitment to promoting an equal, diverse and inclusive society as part of its sustainability strategy. This strategy includes NENT Group’s BEAT Diabetes initiative, which is a long-term and pan-Nordic initiative launched in November 2019 to respond to the global diabetes challenge.

Through BEAT Diabetes, NENT Group partners with individuals and organisations passionate about raising awareness and driving positive change in three areas – Health Tech, Healthy Lifestyles, and Inclusion & Wellbeing. NENT Group has also launched the BEAT Diabetes Foundation, an independent entity into which NENT Group will invest at least SEK 2.5 million every year from 2020.

Anders Jensen, President and CEO, NENT Group: “This partnership is set to create a new generation of football talents, increase inclusion and inspire thousands to embrace a more active life. It fits perfectly with our sustainability strategy and BEAT Diabetes initiative. Just like NENT Group, making a lasting positive impact is a priority for HIF, who describe themselves as a club for everyone. We make a great team and we can’t wait to kick off the next stage in our fight against diabetes and for a more equal, diverse and inclusive society.”

Joel Sandborg, Club Director, Helsingborgs IF: “Our new cooperation with NENT Group is an important part of our work to become an equal football club. It gives us a long-term partner and goes hand in hand with our wider sustainability work. We look forward to this journey together with NENT Group, which will create opportunities for more girls to play football.”

NENT Group first committed to the fight against diabetes in 2017 with the launch of the Diabetes Gala in Sweden. Since then, this annual event has raised over SEK 20 million for diabetes research. In addition, NENT Group has regularly featured original diabetes-related documentaries and programming on its streaming services and TV channels.

In the Nordic region, diabetes currently impacts over 1.5 million people according to the International Diabetes Federation. The region is also home to the highest number of people with Type 1 diabetes in the world on a per capita basis.

As part of the partnership, from this spring the logo of NENT Group’s Viaplay streaming service will appear on the upper back of the shirts of HIF’s senior men’s team. The team is captained by Swedish international defender and national team captain Andreas Granqvist and will play in Allsvenskan in 2020.