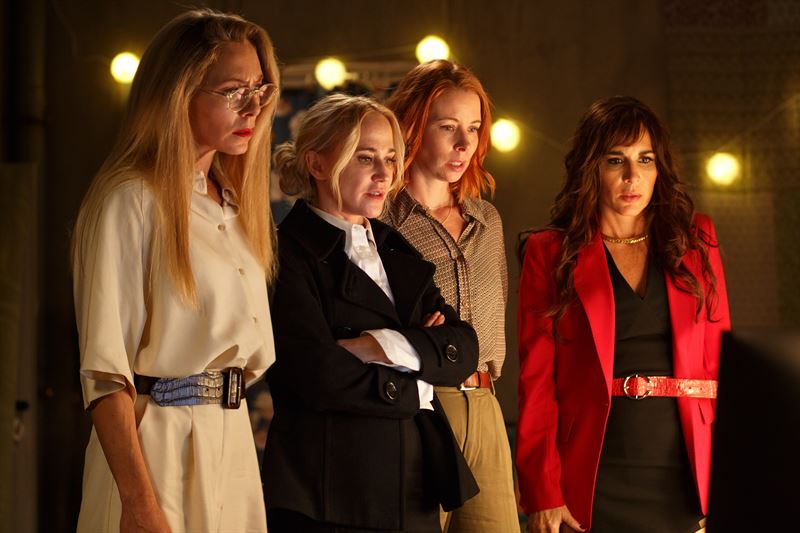 Defending the victims of injustice is more than a job for the four partners of the Swedish law firm Heder. But can the truth ever come to light when the lawyers themselves are hiding the darkest secret of all?

Jakob Mejlhede Andersen, NENT Group EVP and Head of Content: “This has been a record-breaking year so far for NENT Group’s originals. We’ve created, premiered and sold more series than ever before, and productions such as ‘The Lawyer’ and ‘Rig 45’ have smashed viewing records on Viaplay. And we’re just getting started. Our pipeline of unique Nordic stories is unrivalled, and the dark thrills of ‘Honour’ will be a highlight of our slate in 2019.”

NENT Group is set to premiere 20 original productions every year. ‘The Truth Will Out’; ‘Four Hands Menu’; ‘Pros and Cons’; ‘Conspiracy of Silence’; ‘Couple Trouble’; ‘Rig 45’; ‘The Lawyer’; ‘Stella Blómkvist’; season one of ‘ALEX’; ‘Couple Thinkers’; ‘Occupied’; ‘Hassel’; ‘Peppy Pals’; ‘Superswede’; ‘Veni Vidi Vici’; seasons one and two of ‘Swedish Dicks’; season one of ‘The Great Escape’; and seasons one and two of ‘Black Lake’ have already premiered.

As well as breaking Nordic viewing records, NENT Group’s originals are increasingly reaching audiences around the world. ‘ALEX’ has been sold to broadcast and streaming partners in Europe, Asia and the US; ‘Veni Vidi Vici’ has premiered on Hulu; ‘Swedish Dicks’ on Pop TV in the US; and ‘Black Lake’ on BBC Four and AMC Networks-backed Shudder.

Nordic Entertainment Group (NENT Group) is the Nordic region’s leading entertainment provider. We entertain millions of people every day with our streaming services, TV channels and radio stations, and our production companies create exciting content for media companies around the world. We make life more entertaining by enabling the best and broadest experiences – from live sports, movies and series to music and original shows. Headquartered in Stockholm, NENT Group is part of Modern Times Group MTG AB (publ.), a leading international digital entertainment group listed on Nasdaq Stockholm (‘MTGA’ and ‘MTGB’). NENT Group is proposed to be listed separately on Nasdaq Stockholm in March 2019.