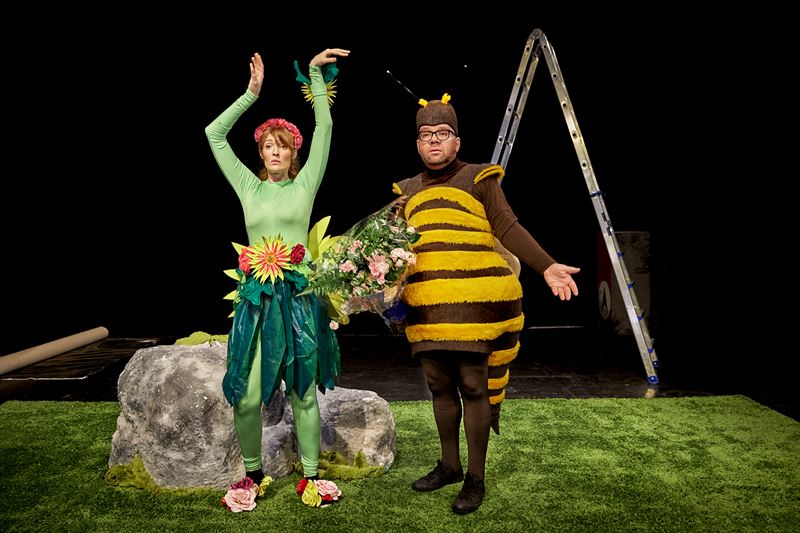 Nothing in Lars’ (Lars Hjortshøj: ‘Klovn’; ‘Langt fra Las Vegas’) acting career so far has really measured up. His only TV appearances have been on minor shows and in small and embarrassing roles. Throwing himself into an increasingly absurd quest for recognition, he discovers that only a successful relationship can make him ‘Big Lars’ at last.

Filippa Wallestam, NENT Group Chief Content Officer: “We continue to diversify Viaplay’s offering with this hilarious, awkward and ultimately touching series. Lars Hjortshøj is one of Denmark’s most creative comedians and ‘Big Lars’ brings deft humour to a familiar dilemma – is it more important that others recognise us or that we keep sight of ourselves? This is an ideal format to take his unique talent, together with a wide range of Danish stars playing exaggerated versions of themselves, to audiences across the Nordic region.”

As well as breaking Nordic viewing records, NENT Group’s originals are also reaching audiences around the world. Amongst others, ‘ALEX’ has been sold in Europe, Asia and the US; ‘Veni Vidi Vici’ has premiered on Hulu and is set for a US remake in partnership with Lionsgate; ‘Pros and Cons’ has been picked up by Canal+ and Topic; ‘Honour’ has been sold to RTL and VRT; and ‘Those Who Kill’ is available on the BBC and ARTE.

During 2019, NENT Group announced a UK-based joint venture with FilmNation Entertainment and invested in new US studio Picturestart.