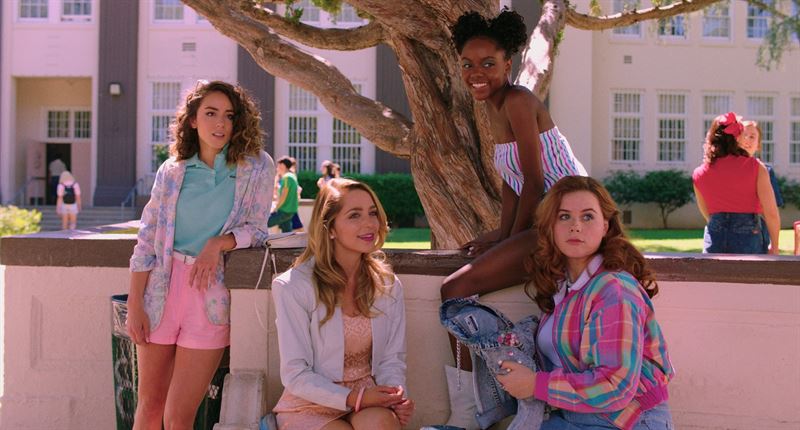 Julie (Jessica Rothe) is the ultimate Valley Girl in 1980s Los Angeles. Her life revolves around shopping at the mall and making plans for senior prom – until she falls for Randy (Josh Whitehouse), a Sunset Strip rocker who challenges everything she stands for. Will Julie resist the disapproval of her friends and family and follow her heart beyond the Valley?

The film’s executive music producer Harvey Mason Jr. has written and produced songs for artists including Aretha Franklin, Justin Timberlake and Britney Spears, while dance choreographer Mandy Moore has won Primetime Emmys for ‘Dancing with the Stars’ and ‘So You Think You Can Dance’.

Filippa Wallestam, NENT Group Chief Content Officer: “We are the Nordic region’s most ambitious streaming storyteller, with more than 80 high-quality originals already launched and long-term partnerships with the world’s leading studios. Premiering our first Hollywood Viaplay Original film together with MGM and Orion Classics is a perfect next step. This upbeat re-imagining of a classic movie with a top-class new cast and crew is a great fit for Nordic viewers looking for a summer of smooth moves and ‘80s grooves, and once again highlights Viaplay’s position as the region’s leading streaming service.”

NENT Group is set to premiere a minimum of 30 original productions in 2020. In the past six months, ‘The Machinery’; season two of ‘The Lawyer’; ‘Cold Courage’; ‘Big Lars’; ‘The Last Journey of the Vikings’; season two of ‘Saga’s Stories’; ‘Thicker than Water’; ‘The Children’s Queen’; season two of ‘Rig 45’; ‘Mia’s Magic Playground’; season two of ‘Couple Trouble’; ‘Box 21’; and ‘The Art of Living’ have premiered on Viaplay across the Nordic region.

As well as breaking Nordic viewing records, NENT Group’s originals are also reaching audiences around the world. Amongst others, ‘ALEX’ has been sold in Europe, Asia and the US; ‘Veni Vidi Vici’ has premiered on Hulu and is set for a US remake in partnership with Lionsgate; ‘Pros and Cons’ has been picked up by Canal+ and Topic; ‘Honour’ has been sold to RTL and VRT; ‘Those Who Kill’ is available on the BBC and ARTE; and ‘Mia’s Magic Playground’ will launch on Sky Kids.

About MGM
Metro Goldwyn Mayer (MGM) is a leading entertainment company focused on the production and global distribution of film and television content across all platforms. The company owns one of the world's deepest libraries of premium film and television content as well as the premium pay television network EPIX, which is available throughout the U.S. via cable, satellite, telco, and digital distributors. In addition, MGM has investments in numerous other television channels, digital platforms, interactive ventures, and is producing premium short-form content for distribution. For more information, visit www.mgm.com.