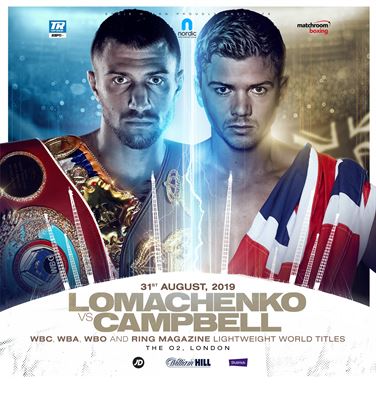 Nordic Entertainment Group (NENT Group), the Nordic region’s leading streaming company, will provide exclusive coverage across the Nordic region of the boxing match between Vasyl Lomachenko and Luke Campbell on 31 August at London’s O2 Arena, where three world lightweight titles will be on the line. The fight will be shown live on NENT Group’s Viaplay streaming service as a pay-per-view event.

Widely recognised as the world’s best active boxer, world champion and double Olympic gold medalist Vasyl Lomachenko (13-1, 10 КОs) can move one step closer to unifying all four major lightweight titles against 2012 Olympic champion Luke Campbell (20-2, 16 KOs). Lomachenko’s WBA and WBO belts, along with the vacant WBC lightweight title, are all at stake in London, with the winner expected subsequently to fight IBF titleholder Richard Commey or Teófimo López for the undisputed lightweight title.

Lomachenko vs. Campbell will be shown live as a pay-per-view event on Viaplay and will be priced at DKK 499 in Denmark, EUR 49.95 in Finland, NOK 499 in Norway and SEK 499 in Sweden.

Kim Mikkelsen, NENT Group Head of Sport: “Two southpaws, three belts – and only one place to stream. Undoubtedly one of the finest boxers of all time, Lomachenko can move nearer to unifying all four major lightweight titles, while British Olympic hero Campbell will give everything to cause an upset in front of a passionate home crowd. Nordic fight fans can look forward to another memorable night on Viaplay, the undisputed champion of the world’s best sporting action.” 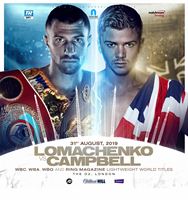