A new world record for online slots winnings was set on Sunday, 20 January, when a middle-aged Finnish player won 17.8 million euros while playing on Paf.com, the site of an Åland-based gaming company. 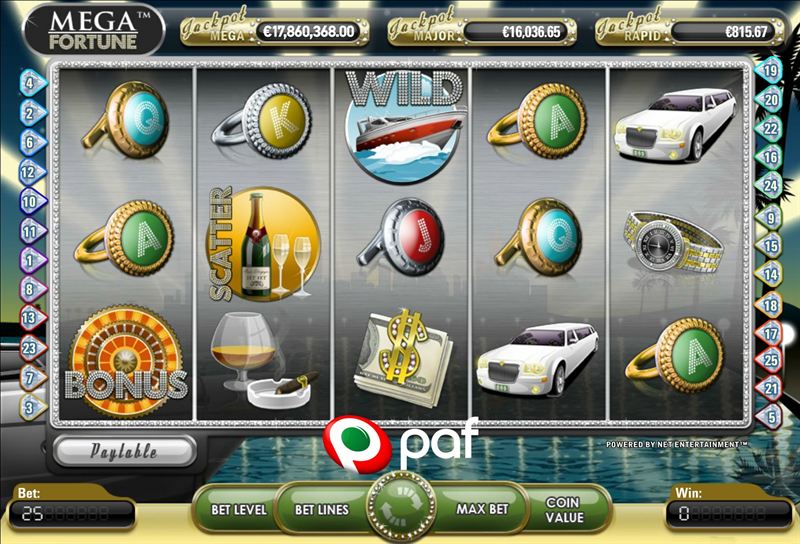 The former world record in online slots winnings can be found in the Guinness Book of World Records, and was a little over 11.7 million euros. In other words, the old record has now been surpassed by a staggering six million euros in one blow.

-This win is completely off the charts for these kinds of games. The whole gaming world has been holding its breath during this fall and winter, while the jackpot has just kept on growing. Since this jackpot was pooled, which means that it is shared by several gaming companies, we are naturally very happy about the fact that the jackpot was again won by one of our customers. Paf players seem to have an incredibly good flow at the moment, says Anders Sims, Head of Press and PR at Paf.

During the last year, several big jackpots have been won at Paf.com. In 2012, one player cashed out a jackpot worth 6.9 million euros, and another took home 8.6 million euros.

‒This win is the crowning glory of online slots game jackpots, and the prize sum of 17.8 million euros will be paid out tax-free into the player's account, Anders Sims says.

Every time a Paf customer wins a large amount of money, the gaming company does its best to support the player in their new life situation.

‒Since we want the prize money to be a source of joy for the winner, we strongly recommend that winners seek economic counseling and that they remain anonymous. We also recommend that big winners take a break from playing, says Paf CEO Anders Ingves.

‒We want our customers to feel that they really are among friends with us, and to this end we are personally in contact with big winners as long as we are needed, says Robert Söderdahl, Paf's Country Manager in Finland.

NetEntertainment, a gaming systems supplier for Paf and several other companies, are also happy about the new world record.

‒This is our second world record jackpot in online gaming. The large liquidity within the slots with progressive jackpots enables the rapid growth of these jackpots, which is great news for the operators. We want to congratulate the winner of this record jackpot and hope to turn many more players into millionaires in the future, says Per Eriksson, CEO at NetEntertainment.

Facts about the new world record

Paf will interview the winner and distribute the interview to the media later today.

Paf was founded in 1966 with the clear purpose of creating profit to support good causes. This purpose is still our principle reason for being. Today Paf.com is an international full-service online gaming site with over 150 games.  We also maintain a large physical gaming operation on land and sea with about 1 300 gaming machines, 40 gaming tables on ships and Paf Casino on Åland. We offer safe and socially responsible money games to give our customers pleasure and entertainment.

In 2011 the Paf Group had a turnover of €96.3 million producing a profit of €21.5 million and the contribution to good causes was €10.5 million. The group has over 300 employees with offices in Mariehamn, Helsinki, Stockholm, Tallinn and Madrid.