The gaming company Paf has signed a sponsorship agreement in Spain with the world’s premier football league, Liga Nacional de Fútbol Profesional (LFP), popularly know as La Liga.
The new partnership will give Paf the opportunity to offer their customers unique experiences in addition to bringing them closer to La Liga’s fans. 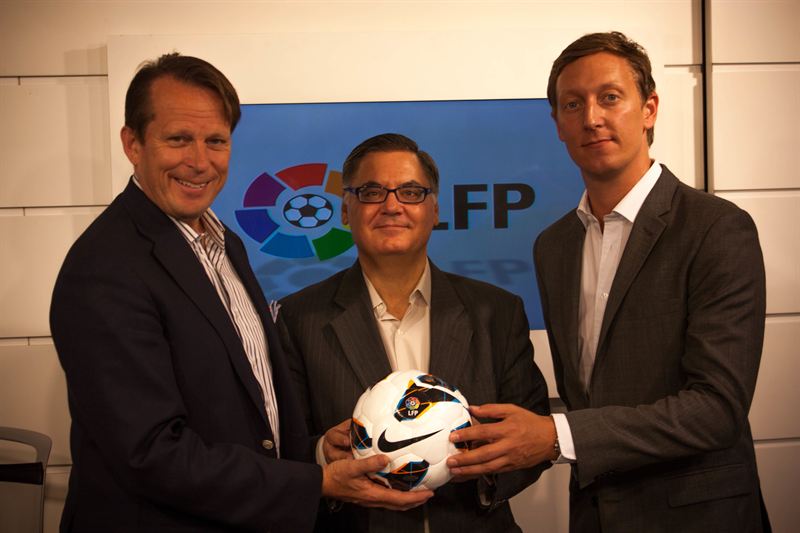 The Åland gaming company has been licenced in Spain for some time. The sponsorship agreement with LFP, signed earlier this week, gives Paf the opportunity to reach out to a wider audience than before.

”We are very happy to be able to align ourselves with the world’s premier football league. In cooperation with La Liga we have the opportunity to provide our customers with unique experiences and products. As relative newcomers to the market, this partnership also gives us greater exposure and credibility with the Spanish people,” says Paf’s CEO Anders Ingves.

The agreement covers the 2012/2013 season and gives Paf the opportunity to communicate with everyone who follows La Liga, using means such as social media, and to organize activities under a combined Paf and La Liga flag.

“We appreciate that LFP has chosen us as a partner. Paf is an event-oriented company and I am impressed by LFP’s activities with their sponsors,” says Anders Ingves.
“I firmly believe that this partnership will strengthen the growth of Paf, which already has gained momentum in Spain.”

"We are very pleased that Paf has decided to sign this agreement with the LFP because we share essential values, and Paf also understands that through this association they can offer their customers in Spain added value and unique experiences".

Paf was founded in 1966 with the clear purpose of creating profit to support good causes. This purpose is still our principle reason for being. Today Paf.com is an international online gaming site with hundreds of games. Paf also maintains a large physical gaming operation on land and sea with about 1,300 gaming machines, 40 gaming tables on ships and Paf Casino on Åland. Paf provides gaming in a safe and socially responsible environment and with the aim of always giving our customers pleasure and entertainment among friends.

In 2011 the Paf Group had a turnover of €96.3 million producing a profit of €21.5 million and donating €10.5 million to good causes. The Paf group has over 300 employees located in Mariehamn, Helsinki, Stockholm, Tallinn and Madrid.

The Liga BBVA first division (Primera División) of the LFP, commonly known as La Liga, is the top professional division in Spanish football. The division is contested by 20 teams, and has been dominated since the 1950s by Real Madrid and Barcelona, with Real Madrid winning the title a record 32 times and Barcelona 21 times.

La Liga is currently rated as the best football league in the world and has also been the strongest league in Europe several times over the past years, according to UEFA's league coefficient. La Liga is also one of the most popular professional sports leagues in the world in terms of annual live attendance figures.