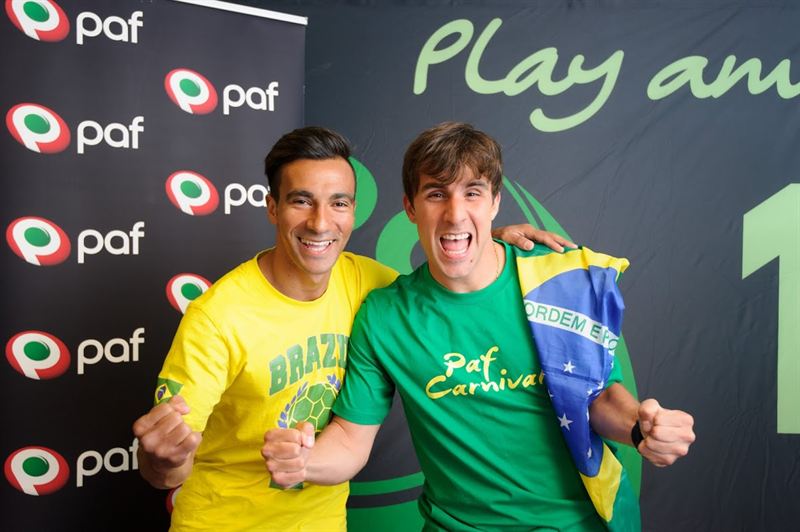 In advance of tonight's opening match the Åland gaming company Paf is launching a transnational charity initiative to coincide with the World Cup. The focus will be on the host country, Brazil. For every goal the Brazilian national team scores during the World Cup, Paf will donate €500 to the Brazilian charity Casa dos Pobres in the city of Nova Friburgo.

Casa dos Pobres (‘House of the Poor’) is an organization that helps out the poor, the unemployed and the homeless in the city of Nova Friburgo with food, clothing and general support. Nova Friburgo is located 14 miles northeast of the World Cup city of Rio de Janeiro.

Nova Friburgo, with around 200 000 inhabitants, is still suffering from the landslide that hit the city in 2011. Around 1,000 people died and thousands were left homeless in what is considered one of the greatest natural disasters in Brazil's history. Paf's donations will go in full to support the work of Casa dos Pobres.

Two of the people behind the charity initiative are IFK Mariehamn’s Brazilian football stars Bernardo Ribeiro and Diego Assis.

The family of IFK Mariehamn midfielder Bernardo Ribeiro live in Nova Friburgo: “Many people in Nova Friburgo are very poor and without food, clothing or essential support. At Casa dos Pobres the door is always open to them. The support Paf is now giving to Casa dos Pobres is invaluable for its work, so that their help can reach even more people. Hopefully we can help improve daily life for the city’s many poor.”

This charity initiative is launched in advance of the World Cup and the accompanying ten-day Paf Carnival that takes place in the centre of Mariehamn between 4 and 13 July. The theme of the Paf Carnival is Brazil with a focus on the World Cup finals, food, drink, music, song and fun. All the playoff games will be broadcast live on a big TV screen at the event.

Jaana Salminen, Project Manager for the Paf Carnival, says: "Because the Paf Carnival has a strong Brazilian and World Cup theme we wanted to create a charity initiative to give something back to Brazil. Brazil may be far away geographically but for us Ålanders it feels much closer because our very own Brazilian soccer stars live here in ‘Rio de Mariehamn’."