On Saturday 10 September it will once again be time for the Finnish heavyweight boxer Robert “The Nordic Nightmare” Helenius to step into the ring. This time Helenius will be boxing on home turf in Mariehamn at Paf Boxing Gala, which is being arranged by the Åland gaming company Paf. Who the 110-kilo heavyweight Ålander’s opponent will be in the event’s headline match is as yet uncertain while negotiations are ongoing between Paf together with Team Helenius and a number of possible contenders. 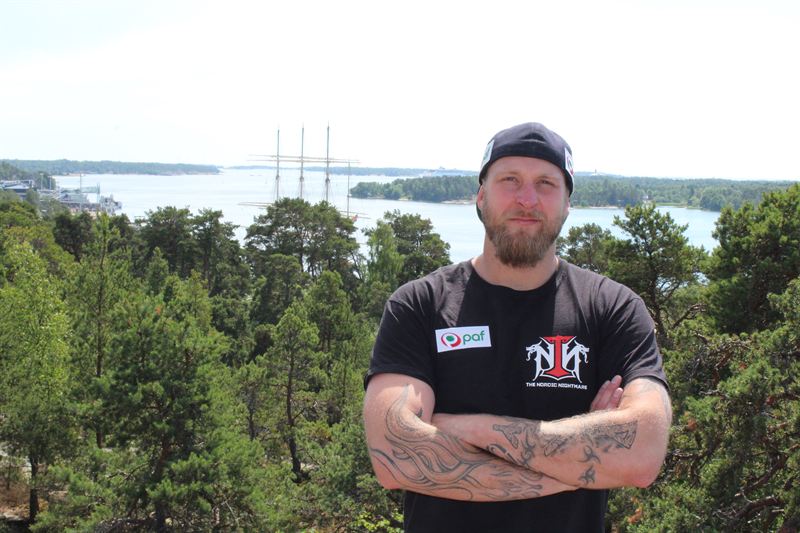 “My goal is still to be the world champion, so I can’t fight a match against just anybody if I want to show I’m serious about my career”, says Helenius in an exclusive interview with his sponsor, Paf.

The last time boxing was arranged on Åland was 13 years ago when the Swede Paolo Roberto had his final professional boxing match at Baltichallen, the same venue where Paf Boxing Gala will be held.

“I’ve been offered a lot of fights in the autumn. But I want a match in front of an Åland and Finnish audience. The match will be on home turf for me as I live on Åland myself”, adds Helenius.

The match will be extra important for Helenius who lost in a professional match for the first time in his career against the Frenchman Duhaupas in April.

“I want to show that I’m back and that one defeat doesn’t mean anything. It’s like my son said to me in April: “You just have to get up and try again!” I’m going to get back in the ring again and I’m going to be better this time”, says Helenius.

As the match will be in the beginning of September Helenius will not be taking any vacation this summer.

“The whole summer will be spent training as hard as possible, which is also how I usually spend my summers. This time I will try to arrange my training camp on Åland, so I don’t need to be away from my family. As the match is so early in the autumn there is even the possibility that I could have another one later this year”, adds Helenius.

Paf Boxing Gala will take place at Baltichallen in Mariehamn on Saturday 10 September. The organisation of the event is a collaboration between Paf, Team Helenius and IFK Mariehamn.

More information about Paf Boxing Gala will be presented shortly at www.paf.com.