About Polygiene As the world leader in stays fresh technologies, we want to change the way we view products – from fast consumables to durables. We treat clothes, accessories, home products, and textiles to help people stay fresh, wash less and let clothes and products live longer. Over 200 global premium brands have chosen to use the Polygiene brand with their products. With the wholly owned subsidiary Addmaster Holdings Limited, we now have the possibility to offer solutions for both soft and hard surfaces. Polygiene is listed on Nasdaq First North Growth Market in Stockholm, Sweden. For more information: www.polygiene.com. 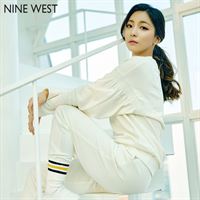 The new Polygiene partner Nine West Apparel recently launched a collection of New York Lounge Wear with Polygiene Stays Fresh technology broadcasted by Hyundai Home Shopping in Korea. The successful collection sold out quickly and a new collection is planned for the fall and winter season 2021. Image©: Nine West Apparel   The global fashion brand Nine West recently launched apparel for the first time in Korea. The lounge wear collection with women and men styles was introduced in collaboration with Luna, a well-known member of the Korean group FX as their muse, presenting an

The English text is an unofficial translation. In case of any discrepancies between the Swedish text and the English translation, the Swedish text shall prevail.The shareholders of Polygiene AB, Reg. No. 556692-4287, are hereby invited to attend the annual shareholders’ meeting to be held on Wednesday 19 May 2021.In light of the ongoing Covid-19 pandemic and in order to reduce the risk of infection spreading, the board of directors has decided that the annual shareholders’ meeting will be held only by advance voting (postal vote) in accordance with temporary legislation. This means that

Nomination Committee's proposal regarding the Board of Directors for the annual shareholders´ meeting in Polygiene AB (publ). 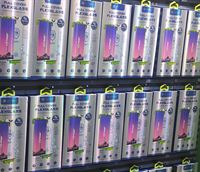 The screen protector market has seen a huge surge in demand recent years as more people realize the dangers posed by harmful microbes on high touch surfaces. The Chinese company Guangzhou Ehang Electronics has launched a new range of mobile phone accessories with Addmaster Biomaster antimicrobial protection to help reduce the risk of contamination. Ehang specialises in mainly tempered glass, flexible glass and whole-body protectors for mobile phones. Thanks to the joint efforts of R&D personnel from Ehang and Addmaster, Biomaster antimicrobial technology has been successfully applied

The Polygiene® partner Colors is now launching the Regenesis ViralOff® Trigger Shield sprays and other ready-to-use products for consumers, with Polygiene ViralOff® as the active ingredient. The products keep soft and hard surfaces, as well as fabrics protected and shielded from microbes and have been tested for antibacterial and antimicrobial efficacy according to a number of ISO standards*, showing a reduction of over 99% of bacteria and microbes within two hours. The products are available online throughout Europe. Today, due to Coronavirus, the need for treatments that can

Muirhead Active Hygiene Leather is a sustainable natural leather with built-in antimicrobial technology designedto improve the hygiene of aircraft cabins. The Scottish-Swedish partnership between Muirhead and Polygiene®will help customers and partners in the aviation, bus, coach and rail sectors create safer cabin environments,reassuring passengers that they can once again travel safely. Muirhead is the leading expert in creating the most natural, lowest carbon, high-performance leather for seat covers. Their latest innovation,Muirhead Active Hygiene Leather with Polygiene 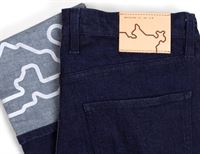 The new partner Hiut Denim is launching their A-B commuter jeans in limited short runs with Polygiene® Stays Fresh technologies. The jeans come with commuter friendly reflective prints, they stay fresh, can be worn more and washed less - a common goal for both companies. Hiut Denim is cooperating with Polygiene to get the added value of Polygiene Stays Fresh technologies making jeans stay fresh, eliminating odor-causing bacteria that sooner or later will be found in the jean, and odors coming from the surroundings, like a smelly restaurant or cigarette smoke. All with the aim to

Polygiene starts a collaboration with new distributor Ravago Chemicals, covering Spain and Portugal. This will be effective during March and will provide a quick and timely service for fabric producers in the area. “We are very happy to start working with Ravago Chemicals. They will offer a very quick service, direct contact to our fabric partners in the area and best customer support, while still focusing on the added value of an ingredient brand. They will also play an active part in supporting and promoting the Polygiene material partners in the area”, says Trevor Saunders, 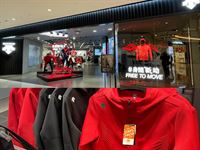 For the spring and summer season 2021, a number of Descente training products for men and women, with Polygiene® Stays Fresh BioStatic Technology, will be sold online and in stores. With these initial orders, the focus is set for ongoing business and increasing volumes from this renowned brand, in the Chinese sports market. Descente comments: “For a long time, Descente has adhered to the innovation of new technology, designed to drive the spirit of sports, and strive to create better sportswear. Polygiene, having its head office in Sweden, is the world leader in stays fresh and odor

Polygiene sends out a correction of the interim report that was released on February 25.On page 4 and page 14, respectively, in the Proforma for October-December 2020, the correct turnover shall be SEK 46.4 million instead of SEK 61.2 million. At the same time, the difference of SEK 14.8 million will be deducted from COGS, which gives a gross margin of 66.4% The reason is that the internal transaction between the companies was incorrect. However, EBIT in SEK will be the same and the EBIT margin will be increased to 14.4%. The Proforma for Full Year 2020 is correct. We apologies for the 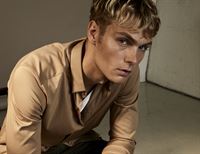 The fashion brand MOS MOSH now launch their new men’s line MOS MOSH Gallery by introducing shirts and tees for modern men on the go. Their spring collection 2021 is available now and these well-tailored styles have the added value of the Stays Fresh technologies Polygiene OdorCrunch and BioStatic. By taking the functionalities that work well in athletic wear and mix it with fashion, the result is a shirt without odor that stays fresh even after a long day at work. “This is a great example of a brand with the same sustainable vison to change the view on garments from consumables to

Polygiene ends the year with a new sales record and the acquisition of Addmaster ltdQ4 IN BRIEF · The best quarter ever with a net sales of 26.6 (19.0) and a positive growth by 40 % compared to the same period last year. · The operating profit/loss EBIT amounted to MSEK -2.4 (-2.2). · The non-recurring costs associated with the acquisition of Addmaster affected the result with MSEK -2.6. · The gross margin amounted to 64.9 (68.7) %. · The period has a currency effect, net MSEK -1.4. · Despite the non-recurring costs, the cash flow is improved compared to the same quarter

Wanzl, the world’s leading provider of shop equipment including supermarket trolleys among others, is currently together with the supermarket chain Asda introducing trolley handles and in-store surfaces, treated with Shield Master coatings powered by Addmaster Biomaster. Addmaster Biomaster antimicrobial technology is proven to provide effective product surface protection against a wide range of harmful microbes and has successfully been tested to ISO standards against SARS-COV-2.The protection lasts for the intended lifetime of the product, providing assurance and confidence to

British Addmaster Holdings Limited is since January 8, 2021, a wholly owned subsidiary of Polygiene with specialist skills within antimicrobial technology and hard surfaces. The company has a range of products for this kind of applications, found in consumer products, public spaces as well as in hospital environments and more.MGR Foamtex Ltd, world-leader in the design, development and manufacture of advanced passenger upholstery systems for Premium cabin seating, has announced that its advanced antimicrobial MGRSafeWall™ product protection system has been successfully tested against SARS-

Polygiene ViralOff in a unique training glove from Casall

Tomorrow, January 26, Casall in collaboration with Polygiene launches a completely unique training glove treated with Polygiene ViralOff® technology. The treatment has in an ISO18184:2019 test* shown a reduction of virus by over 99% within 2 hours on treated materials. The test has been performed on the SARS-CoV-2 virus, causing COVID-19, among other viruses. This is the start of the collaboration with the Swedish company Casall Sport AB, which has been developing premium training clothes and home training equipment since 1984. They have strong roots in Sweden and the Nordic

British Addmaster Holdings Limited is since January 8, 2021, a wholly-owned subsidiary of Polygiene with specialist skills within antimicrobial technology and hard surfaces. The company has a range of products for this kind of applications, found in consumer products, public spaces as well as in hospital environments and more. According to a press release published by Addmaster January 21:The UK-based Bullitt Group, makers of military-grade smartphones and the global licensee for CAT® phones, has launched the first fully antimicrobial mobile phone - the CAT S42. The entry-level Android

The Company provides guidance on sales development in the fourth quarter and reports sales of 26.9 (19.0) MSEK, which corresponds to growth of 41.4 %.The Company's wholly owned subsidiary Addmaster Ltd, which was acquired at the beginning of the year, had an even stronger development and increased by as much as 69.2 % (excluding sales to Polygiene) and amounted to 1.7 (1.0) MGBP. Due to the annual report, the entire result hasn’t been completed yet. “It is satisfying to see how we start delivering on the agreements we signed during the year and it’s fantastic to be able to show another

Sweden-based company Polygiene buys British Addmaster Holdings Limited, making it a comprehensive supplier of antimicrobial solutions for both soft and hard surfaces. On one of the last days of the year, an extraordinary general meeting voted in favor of Polygiene’s acquisition of Addmaster Holdings Limited at a purchase price of SEK 374 million. “It’s great to have the backing of the EGM. We can now focus on merging the two companies and getting the organization established. The acquisition will allow us to offer the market a comprehensive solution of antimicrobial functions for

Polygiene completes acquisition of the UK based additive company Addmaster

Polygiene AB (publ) (“Polygiene”) has today completed the previously announced acquisition of Addmaster Holdings Limited (”Addmaster”). The acquisition was announced in a press release on 10 December 2020.Polygiene has today acquired all outstanding shares and completed the acquisition of the UK based additive company Addmaster, a leading global supplier of antibacterial additives for hard surfaces, for a purchase price, on a cash and debt free basis, of approximately SEK 374 million. The purchase price in the acquisition is paid partly through approximately SEK 249 million in cash, partly

Today, on 30 December 2020, an extraordinary shareholders’ meeting in Polygiene AB was held. A summary of the resolutions adopted follows below. In light of the ongoing Covid-19 pandemic and in order to reduce the risk of infection spreading, the meeting was held only by advance voting (postal vote) in accordance with temporary legislation.Resolution on approval of the board of directors’ resolution on directed issue of shares The meeting resolved to approve the board of directors’ resolution of 10 December 2020 to increase the company’s share capital with not more than SEK 1,025,641.10

The Annual General Meeting (AGM) in Polygiene AB (publ) will be held on Wednesday May 19, 2021, 12.00 CET at Malmö Börshus, Skeppsbron 2, in Malmö.Shareholders who wish to have a topic dealt with at the AGM shall, in order for the request to be taken into consideration, submit such proposals to the Board latest by March 17, 2021. The Board can be contacted through the Chairman at e-mail jonas.wollin@rudholm-hk.se or by regular mail at Polygiene AB, Styrmansgatan2, 211 18 Malmö. According to the instructions for the Nomination Committee adopted at the AGM on May 15, 2020, the Nomination 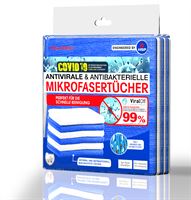 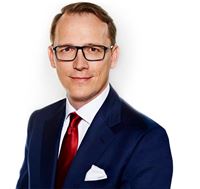 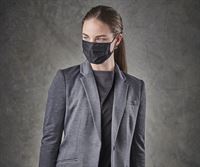 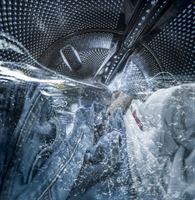 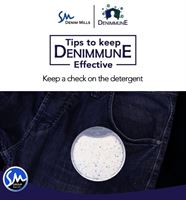 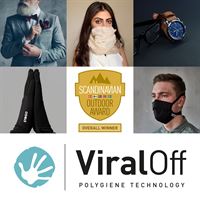 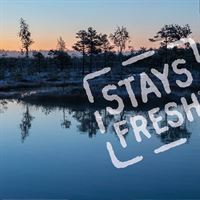