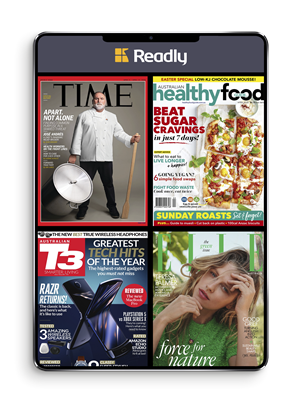 Readly, the fast growing Swedish company, which offers unlimited access to over 5,000 magazines, has chosen Australia and New Zealand as its next publishing markets to digitise, with the service launching today.

With over 15 million Australians and 2 million New Zealanders reading magazines, whether in print or online annually, Readly identified huge potential in these markets, believing that these statistics combined with the countries’ great passions — from sports, cars, and fashion to health, fitness and cooking — prove a fertile ground for the company’s entry.

Maria Hedengren, CEO at Readly, said: “By using new technology and embracing new consumer habits and preferences, we believe that great value can be created for both consumers and publishers. Smartphone usage is increasing, digital content consumption is on the rise and the ‘all-you-can-read’ subscription model is becoming the new standard.”

Leading Australian publishers including Bauer Media and Next Media have published their titles to Readly, joining international media powerhouses including Hearst and Condè Nast on the platform. Readly has set to lead the digital shift helping drive additional revenues, increase their digital circulation and presence, and become more data-driven in their work. Readly has gathered a growing datapool of 25 billion data points from which publishers can access first hand user statistics and benchmark values.Hedengren continued: “Ever since our launch in 2013 we have been building an ecosystem around magazine content. One result of that is the data insights we share with publishers, enabling them to optimise their business. We have a collaborative approach and want to support the publishing industry in any way we can.”

Readly is a digital subscription service that lets customers have unlimited access to nearly 5,000 national and international magazine titles - all in one app. Founded by Joel Wikell in Sweden in 2012, Readly is today one of the leading companies in digital magazine subscriptions in Europe with users in 50 markets. In collaboration with around 800 publishers worldwide, Readly is digitising the magazine industry. Our purpose is to bring the magic of magazines into the future, enabling the discovery and survival of quality content. During 2019 Readly distributed more than 120,000 issues of magazines that have been read 83 million times. www.readly.com 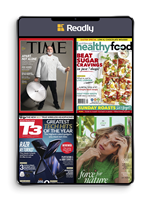