Yesterday, people all over Stockholm, Sweden were seen staring at the sky. Fearless circus artists were performing breathtaking acrobatics at soaring heights from two hot air balloons hovering over the city. 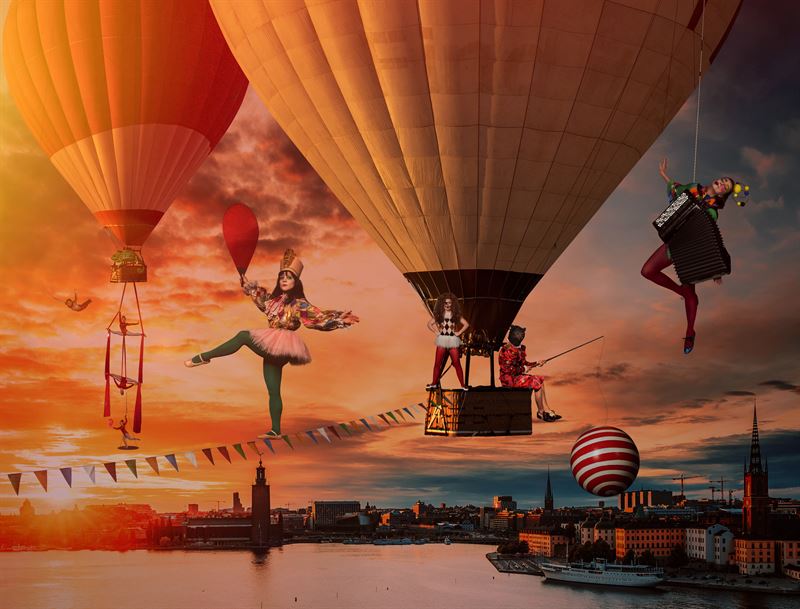 The performance called “Puff” (Pust) is a collaboration between Stockholm's Culture Festival, the contemporary circus company Cirkus Cirkör, and the hot air balloon company Peak Experience. When the Culture Festival’s organizers had to cancel this year’s events due to the pandemic, they started discussing how to reach a large audience while adhering to Covid regulations--the challenge being to create something large-scale and spectacular with high artistic value. That’s when they contacted Cirkus Cirkör and came up with the idea of a hot air balloon circus.

“The desire to make the impossible possible is in the DNA of the circus and Cirkus Cirkör. Completely dependent on forces of nature that are beyond our control, we’re creating a performance that will be both fleeting and lasting,” says Tilde Björfors, the Circus Director at Cirkus Cirkör.

"In recent years, the Culture Festival has offered magnificent and unexpected performances that have reached and touched many people regardless of age, background or previous experience with performing arts. I hope “Puff” reminds Stockholmers that the Culture Festival will return next year, while also offering a surprising, poetic and wonderful cultural experience,” says Philippa Staffas, Stockholm Culture Festival’s Artistic Director.

Weather permitting, the “Puff” performance will run every day through August 31.

Cirkus Cirkör is an independent contemporary circus company founded in Stockholm in 1995. 25 years later, Cirkus Cirkör still pushes boundaries in society and art and is a world-leading performing arts company that tours all over the world. Cirkus Cirkör also conducts educational activities all over the country, educates municipalities and companies in the disciplines of the circus, and runs a high school program in Cirkörhuset in Alby, Sweden, which is also a meeting place for the city's and the world's artists and creators in contemporary circus. 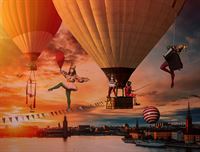