Shipwrecks outside Vaxholm discovered to be from the early 17th century 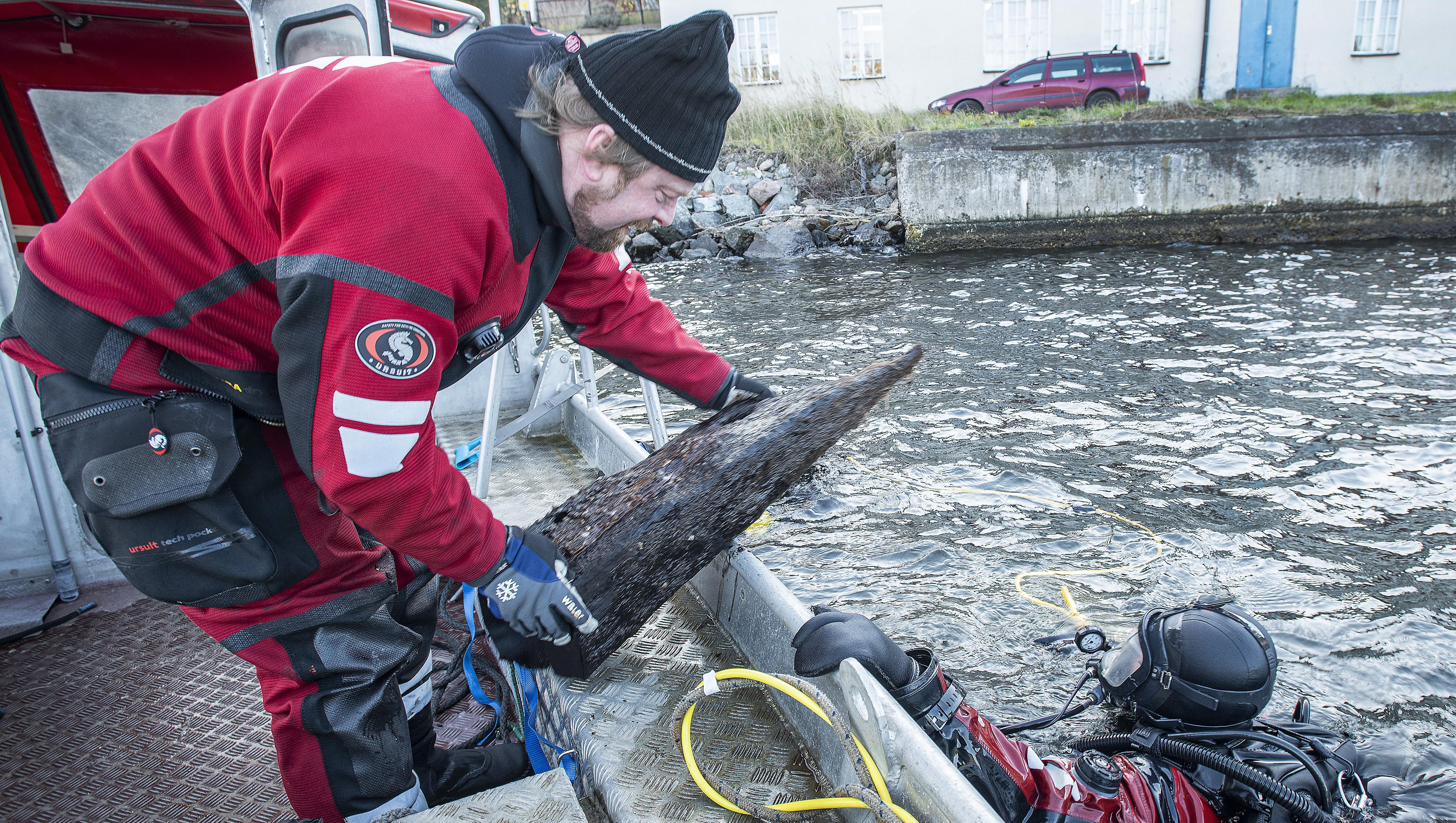 The results are in. Wood samples from the two large warships found in November by divers outside the island of Vaxholm have now been analysed. The wood samples, taken from the ships’ massive oak planks, confirm assumptions by maritime archaeologists at the Vrak – Museum of Wrecks that the ships were built in the first half of the 17th century.

Following the discovery of two warships outside Vaxholm in November last year, laboratory analyses of the samples were carried out by maritime archaeologists at the Museum of Wrecks in order to obtain a date and discover whether they are Vasa’s sister ships.

The wood samples from the shipwrecks have now been analysed. Somewhat disappointingly, they reveal that an unknown number of tree rings was missing, making it impossible to determine the exact year the tress were felled. The cause might be due to erosion, or because the shipbuilders cut away some of the wood. This complicates the process of identifying the ships.

However, the samples show that the ships were likely built between the 1620s and 1630s, which is in line with theories that it could be one of Vasa’s sister ships. One of the samples in particular had a good dating. A beam from one of the wrecks was dated to 1646–47. A sample from the second wreck was also dated to the 1640s, with the exact year remaining unknown. This is likely an indication of repairs made, which would be natural if the ships were built in the late 1620s or early 1630s.

Maritime archaeologists note with interest that the warship Scepter was damaged during the naval battle at Kolberger Heide in 1644 (in Puttgarden, Germany), in which the Crown also participated. Both ships, which were built at the same time as the Vasa ship, should therefore have been repaired shortly after the battle.

“We don’t know whether what we’re seeing now is the repair work, but the idea is tantalising,” says Jim Hansson, maritime archaeologist at the museum.

The wood analysed comes from Northern Europe. Experts cannot currently determine the precise location since the samples do not contain enough tree-ring data.

In order to identify the two warships with certainty, more dives and investigations must therefore be carried out. The primary goal will be to try and find more samples that are not too eroded and that can hopefully provide more accurate dating. If this succeeds, work in the archives can begin in earnest and hopefully confirm the identity of the large warships found at Vaxholm.

Such is life in a typical day for maritime archaeologists.

In early November maritime archaeologists at the new museum Vrak – Museum of Wrecks, part of the National Maritime and Transport History Museums, examined historical remains of a wreckage outside Vaxholm.

Initially, they found a shipwreck the size of the Vasa ship. The wreck was a 17th-century warship that was probably deliberately sunk to make it more difficult for intruders to approach Stockholm by sea. The measurements taken and the design details recorded both tally well with the Vasa’s.

The next day they found another shipwreck – slightly bigger than the first – in the lengthened section of the first wreck they had found.

Maritime archaeologists documented the various ship details, taking measurements, filming and photographing. Wood samples were sawn out of both ships.

According to historical sources, several large warships were sunk off Vaxholm in the second half of the 17th century. End-of-life warships were purposely sunk so that they formed an outer defence to Stockholm. These sunken ships were laid out to block shipping lanes or to force enemy ships to take a special passage where they could be overcome.

The ships Apple (1629), Crown (1632) and Scepter (1634) were built in a series together with Vasa during King Gustaf II Adolf’s refurbishing of the Swedish navy. Maritime archaeologists believe they have found one – or perhaps even two – of these ships. According to the archives, they were sunk right in Vaxholm. Other data is available indicating that other ships were supposedly sunk there, but only four of this size. Three of them are Vasa’s sister ships and one is a so-called prize of war, a ship taken from the Danes.

For questions about the dives and results outside Vaxholm:

For questions about the museum:

For questions about the museum’s maritime archaeology activities:

Vrak – Museum of Wrecks is a new maritime archaeological museum that will be housed in a boat hall next to the Vasa Museum, at Djurgården in Stockholm, Sweden. The connection to the Baltic Sea will be natural, with the proximity to former navy yards and shipwrecks.