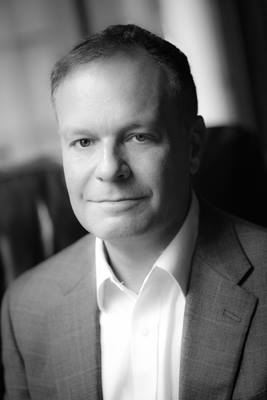 Branding Expert Christopher Johnson, Shares His Opinion On Why Increased M&A Activity in Europe May Signal the Beginning of a Global Economic Recovery

Two European cement giants have agreed on a $50 billion merger deal that would in effect create the world’s largest construction material group. Holcim (HOLN.VX) of Switzerland struck the deal to buy France’s Lafarge (LAFP.PA) in a tie-up that would see Lafarge shareholders receive one Holcim share for every Lafarge held. On the other hand, Holcim investors will get 53 percent of the new group. The newly merged organization will be based in Switzerland and listed in Paris and Zurich. Last year the two companies, which are already giants in the cement and related products industry, posted combined sales in excess of $40 billion.

Christopher Johnson, a leading branding expert in New York, says, “This acquisition, which is really more of a merger, raises interesting issues regarding both of these high value brands. Each are the leaders in their markets, with little geographic overlap.” Though investors have offered unanimous approval for the deal, many analysts still remain skeptical about the merger. Johnson continues, “Because this is a merger of equals who are in the same business, one advantage will be through cutting costs. Another will be realized potentially through developing the value of the newly merged brand throughout the world. A highly interesting and important issue for certain.”

Additionally, Lafarge and Holcim still must convince regulators in 15 jurisdictions that they will not hinder competition. For instance, the deal will have to face reviews in Europe, particularly in France, Spain and Germany. Other regulators in countries like Russia, Hungary, Czech Republic and even the U.S. may also review the transaction. In the U.S., the merged company will become the biggest cement producer, if regulators approve.

The two companies hope to close the deal in the first half of 2015. Johnson says, “Now is the ideal time for the Boards of these companies to begin planning the future of this united brand.” So far this week, news about the deal has resulted with shares of Holcim rising 6.9 percent in late trading in Zurich while those of Lafarge rose 8.9 percent in Paris.

Johnson says, “Like any merger that makes good business sense, Holcim and Lafarge will trim debt and reduce the sector’s global overcapacity. Very smart indeed, especially because this merger comes at a time when Europe is focused on solid but modest economic growth. So innovation like this is a solid approach.” Apart from this, the demand for cement has shifted from developed economies to emerging markets, particularly China and India, which make up 90% of worldwide demand at the moment.

Johnson points out, “This deal is just the latest in the resurging European market. According to Thomson Reuters, M&A activity in the region totaled almost $270 billion in the first quarter, up 53 percent from a year earlier.” He is correct. Telecommunications deals made up the biggest portion, followed by industrial and health care companies. Johnson asks, “Is this a trend we are likely to see continuing in the coming months?” All indicators point to yes. Johnson also asks, “And could such mergers between large market-leading companies do away with all competition?”

Just at the beginning of this year, Comcast bought rival Time Warner cable in a $42.2 Billion deal and Actavis accomplished their $25 Billion take over of drug researcher, Forest Laboratories, based in Dublin, Ireland. In the technology sector, we have Facebook buying Whatsapp for $19 Billion and Microsoft buying Nokia. There is also the very recent deal between two of the world’s best-known banana brands, Fyffes and Chiquita.

Johnson says, “There are strong indicators that M&A deals will continue to increase in the coming weeks as company executives increasingly believe in the global economy recovery. It appears that many healthy companies may look to gain market share, either through acquisitions or by investing in organic growth.” Credit Suisse analysts indicate that now is the best opportunity for companies to boost their earnings by merging or by buying other companies. Johnson continues, “Over the last few years, global merger and acquisitions have been low. But now there is likely to be a positive market reaction when acquirers begin to announce additional deals.”

Johnson says, “These mergers may be a good sign for a global economic recovery while also having the potential to limit competition in some markets. Take for instance the Comcast Time Warner cable deal, which still draws criticism, unfounded or not.” Some industry watchers claim that the deal would create an Internet and cable giant with the ability to crush competition and hike prices. Similarly, the WhatsApp acquisition by Facebook was broadly viewed as a move by the latter to dilute any form of competition and acquire more private data. No wonder, when Facebook later on acquired the Oculus startup, they received threats from people who were concerned it will water down the company’s VR ambitions.

Johnson explains, “Competition is a primary motivator for innovation in any industry, so when giant and resourceful companies merge, innovation sometimes becomes less critical for success.” The general concern is that consumers suffer as well as the longer-term value of the brands themselves. There is also the risk that a company may become less concerned about service delivery and more focused on profit margins.

Johnson says, “There is no doubt that M&A activities generate increased corporate value, cost efficiency and market share. The value delivery works even better, when brand strategy is considered in the beginning. Boards and C-suite executives can chart the course for the business and dramatically increase its value through making wise choices based on brand management principles and methods.” Johnson explains, “Considerations include asking serious questions, such as: Does it make better sense to create a new brand from a merger of equals? Does one brand take over entirely, while also being refreshed or better to combine the two? Frankly, all choices are viable and shareholders would be best served though a careful review and by mapping the long-term objectives for the business to inform the brand.”

In the case of the two that are merging, it appears that one brand gains more brand recognition because of the other. Apart from better brand recognition, companies that enter such deals also get to generate tax gains, increase revenue and reduce the cost of capital over time. A true victory in many ways. As far as Lafarge and Holcim are concerned, the merger should generate annual savings of about 1.4 billion Euros by the end of the year, according to analysts. This is one reason for shareholders to celebrate, and another reason why those who are closely watching Europe’s dramatically increased M&A activity this year, can also.

Christopher Johnson may be reached at (212) 537-9129, johnson.c@whitehorngroup.com or on Twitter @Chris4Whitehorn.

Christopher Johnson is CEO of Whitehorn Group. He is a highly regarded authority on megers and acusitions, business management and on creating global brands, like JetBlue Airways and Infiniti Motors. He attended Carnegie Mellon University where he won the Tholenheimer Award and McCurdy Prize. He can be reached at (212) 537-9129, johnson.c@whitehorngroup.com or on Twitter, @Chris4Whitehorn.