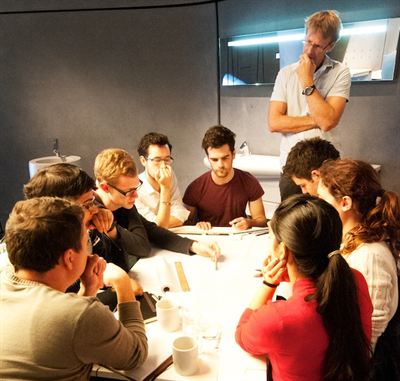 For the second consecutive year, the British Institute of Interior Design (BIID) has collaborated with the London Chapter of the American Institute of Architects (AIA) on its Student Charrette competition.

Students from both interior design and architecture courses from as far afield as Liverpool and Falmouth, were invited to explore the adaptive re use of a historic site, with a live project brief. Held at the Zaha Hadid designed Roca Gallery in London on the 27th October, the event provided a lively opportunity for students to participate in this one-day design exercise. Students worked collaboratively in teams of around 6 to 8, mentored by a seasoned practicing architect or interior designer.

“The 2012 Charrette was a brilliant experience for all involved,” said Diana Yakeley, Past President of the BIID. “It was an honour to collaborate with the AIA again for the event and is the second year that interior design students were encouraged to enter the competition. We had an extremely positive response from interior design courses, and their presence certainly strengthened the ideas put forward, making the event even more successful than ever.”

This year the building used as a basis for the project was the Chelsea Power Station on nearby Lots Road. Formation Architects supplied a basic floor plan and Minna Karunaratne gave a brief presentation to the students on how this project could transform the power station to a new use. Students explored ideas for the building, free from the restraint of a practical project and without losing sight of the possibilities of this important part of London’s industrial history.  This was a CAD free day, with presentations hand drawn and models or collages created from found materials or brought in beforehand.  Schemes involved preserving the turbines, glazing over parts of the Thames creek, spiral escalators and memorial gardens, all with aspects of sustainability and adaptive re-use of historic structures.

A team from Oxford Brookes University were ultimately adjudged winners on the day, with Ravensbourne coming in second and a combined team from Chelsea/Liverpool finishing third.

Diana Yakeley Past President, Hayley Manning Student Director, BIID and Claudette Williams, Education Executive at the BIID, were all present on the day alongside AIA President Etain Fitzpatrick, and Brianne Page, AIA Director and organiser of the Charrette.

Dan Hopwood, CPD Director of the BIID helped to judge the projects alongside Karin Templin, Design Fellow, University of Cambridge, and this year’s Chairman of the Jury, Paul Finch OBE, journalist, critic and Deputy Chair of the Design Council.

About the British Institute of Interior Design (BIID)

Established in 1966, the BIID is the professional Institute for interior designers in theUK.

The BIID’s growing national and international membership represents both the commercial and residential sectors, from heritage to cutting edge. In addition to rigorous entry requirements that assess training, experience and professionalism, the Institute requires members to continue their professional development throughout their career, ensuring their continued expertise in design process, practice and regulatory matters.

The BIID is the only professional organisation for interior designers which has been granted the prestigious and rare accolade of Institute status by the Minister of State as the pre-eminent body in its field. The Institute’s mission is to encourage and support creativity and competence in the field of interior design through facilitating best practice, practical professional support, development opportunities and education.

On the national stage, the BIID is a full member of the Construction Industry Council and, as a result, is now part of Government consultations to advise on new policy and legislation. Internationally, the BIID is represented on the board of the International Federation of Interior Architects and Designers; the global voice and authority for professional interior architects and designers. More details at www.biid.org.uk. 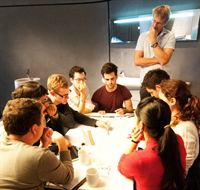 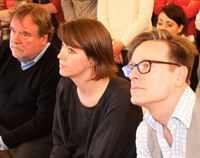 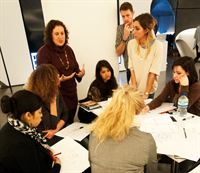