Accountancy firm is the new star of FIFA 21 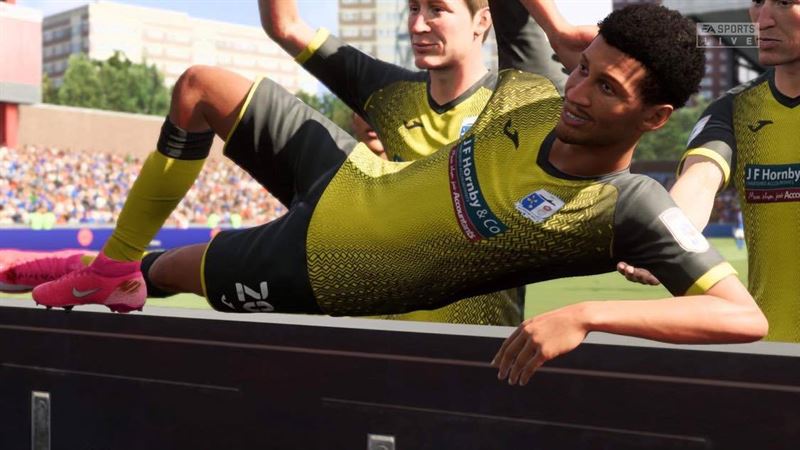 IT is a game which has a legion of fans across the globe and recently hit the 10 million players milestone.

The FIFA franchise is huge - and with the launch of the 2021 instalment of the game set for this Friday, anticipation is reaching fever pitch.

But for one accountancy firm, the new version of the football game will be massive - for their logo will be emblazoned across the shirts of one of the teams.

JF Hornby & Co are the main shirt sponsors of League Two new boys, Barrow AFC - and after years of supporting the club, the accountancy firm is now front and centre.

Managing Director Paul Hornby - who is also chairman of Barrow AFC, said: “JF Hornby has a long relationship with Barrow AFC which stretches back a number of years.

“We have been supporters of the club because we believe that as a local business we should do what we can to help promote and sustain local sporting teams.

“While promotion has always been a goal of the club and to reach the Football League was a dream come true, the fact the logo of JF Hornby will now be seen by FIFA fans across the world is a fantastic bonus.”

Barrow AFC were finally crowned as National League champions after a nervous wait brought about by the cancellation of fixtures due to lockdown.
The club had been at the head of the table for months after a magnificent run saw them brush away early season woes to embark on a remarkable winning streak.

While the start to life back in the football league has been tough with results not going their way and crowds still banned from live sporting events, more than 40 games remain on the fixture list and Paul is buoyant about the months ahead.

“It will be great to see the JF Hornby logo emblazoned across the shorts of players in FIFA 21 and I’m sure a copy of the game will find its way back to the Hornby household!

“But what is really important is that the team settle into rhythm and that - hopefully sooner rather than later - we see the return of fans to Holker Street.
“They are the lifeblood of the club, and it isn’t the same without them.”

JF Hornby and Co is based at the Daltongate Business Centre in Ulverston and employs 50 members of staff.

The company offers a suite of services including accountancy, tax and tax planning, corporate finance, payroll solution and cloud accounting.