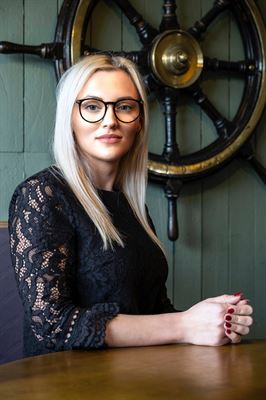 THE boss of a popular brewery has been appointed to a senior role within an influential industry body.

Kirsty Ridge, managing director of the Cumbria-based Lakeland Brewhouse, has been named a North West Regional Director of SIBA - the Society of Independent Brewers.

She will now work with her industry peers across the UK to positively promote independent brewers, as they prepare to fire up the fermentation chambers ahead of pubs reopening next month.

Kirsty said: “I’m very happy to have taken up this position and really look forward to working with my colleagues across the SIBA network to continue to promote the excellent work of independent brewers across the UK.

“The last 12 months have been very challenging for all concerned with the brewery and pub industry. The decision to scrap a rise in beer duty at the budget earlier this month was very welcome - but we are by no means out of the woods and now enter a crucial phase in the recovery of the sector.

“Making sure independent brewers have a voice and tirelessly campaigning in the best interests of the industry will be at the heart of everything I do, along with bringing more diversity to a sector which is heavily male dominated.”

In addition to representing independent craft brewing members in the press and lobbying the government on behalf of brewers, SIBA also runs regional and national independent beer awards for cask, keg, bottled and canned beers.

Kirsty said: “SIBA is a very active organisation with a clear vision for the future in terms of how it wants to represent its members.

“The beer and independent brewery industry is heavily male-dominated and that is reflected through the make-up of the board at SIBA. I welcome their approach to diversity in appointing me, and hope that this serves as an inspiration to other women who are either involved in the industry or have an interest in it.”

Ian Fozard, SIBA’s National Chairman, said: “I am delighted to welcome Kirsty to the SIBA Board at what is a very challenging time for the UK's independent brewers.

This press release was distributed on behalf of Lakeland Brewhouse by 32West. For media enquiries, contact James Higgins on 01229 808 306.