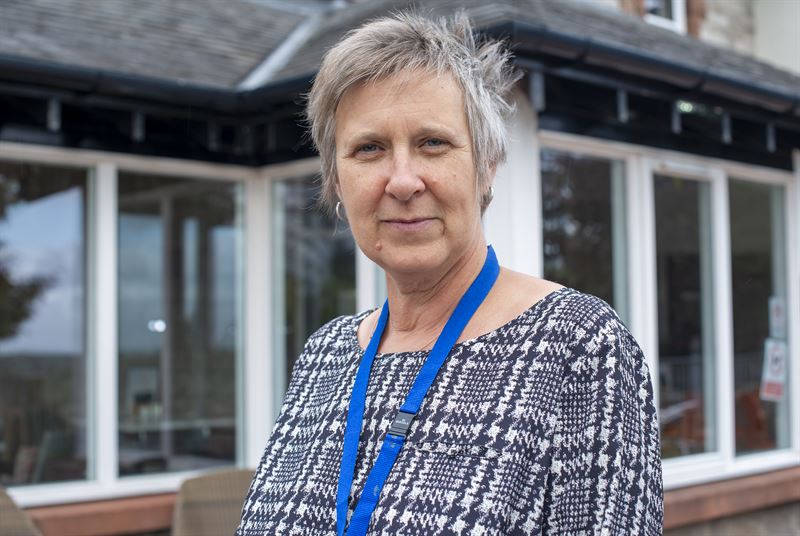 THE chief executive of St Mary’s Hospice in Ulverston, Cumbria, has today announced a temporary suspension of admissions to inpatient beds.

Val Stangoe delivered the news to staff this morning, explaining the reason for the decision, which has been driven by a shortage of specialist doctors.

The hospice has been trying to recruit a senior doctor in palliative care since May to cover a temporary vacancy, so it can offer continuity of care when a member of the team leaves in October.

But despite its best efforts, the role remains unfilled, meaning the hospice will not have the medical expertise it needs to provide round-the-clock care to inpatients.

From today, and for an initial period of three months, inpatients will no longer be accepted at the hospice’s In-Patient Unit (IPU).

The hospice is working with staff across the NHS to identify how patients will be supported instead, and is keen to continue to be involved in the care of patients wherever they are.

The hospice will also enhance its Hospice at Home service during this period, enabling more people to be cared for in their homes.

Val said: “Today has been one of the most challenging days in the 30-year history of St Mary’s Hospice.

“Despite repeated attempts over a number of months - both alone and working in partnership with local health organisations – we have as yet been unable to fill specialist doctor vacancies or find sufficient cover.

“As a specialist unit, there are strict rules about the level of doctor who is able to take responsibility for our patients, and while we have some fantastic doctors at the hospice, they do not have the required length of experience to take on this central role at this time, when our more experienced doctor leaves.

“We will use the next three months to redouble our efforts and leave no stone unturned in our quest to find the right person for this role.

“In the meantime, every other element of the hospice operation will continue to run as normal. Notwithstanding the issue relating to the IPU, it is business as usual and as ever, we are hugely grateful for the support we get from our fantastic community.”

The temporary suspension of IPU admissions will take full effect by mid-October and if any patients are still being treated at that time they will be moved to alternative care facilities.

Patients already booked for future respite care will be invited to have an individual discussion to see how the hospice team can continue to offer support.

All of the other services St Mary’s offers will not be affected, with plans already being developed to extend the Hospice at Home team so it can support more people in their own environment.

Bereavement counselling and Living Well services will continue to operate as usual, or be expanded, while the hospice building and Orangery Cafe will remain open.

The primary focus of the hospice’s senior management team and trustees will be to find a suitable recruit to fill the vacant position, however, they will also be working on a back-up plan, which would come into effect if the search is unsuccessful.

St Mary’s Hospice is celebrating its 30th anniversary this year. Every year, it receives in the region of 1,350 referrals, of which fewer than 200 use inpatient beds. The remainder are supported in many other ways by the hospice.

Val said: “Our goal is to recruit the individual we need to allow us to reopen the IPU and once again to admit inpatients. The vast majority of our focus will be on this.

“But we must not be blind to the fact this has been a challenge for some time, and is likely to continue to be so.

“For this reason, the right thing to do is to develop a Plan B which allows us to reach and support as many people as possible and ensure there is a hospice service in this area for many years to come.

“I have been asked today if the temporary suspension of the IPU means job losses. In the short term, as we refocus our efforts to recruit a palliative care doctor, we will protect those roles which may be affected in the longer term.

“What I pledge is to make every effort, first and foremost, to find a way of reopening our IPU beds. And in the event of us having to turn to Plan B, I will do everything in my power to maintain the jobs and employment of as many of our team members as possible.”

A selection of hi-re images and a video are available here https://we.tl/t-hESb8Yxm5m

This press release was issued on behalf of St Mary’s Hospice by 32West.

All media inquiries in the first instance should be directed to James Higgins on 01229 808 306 or by email james@32west.co.uk.

Val Stangoe is available for media interviews by appointment.