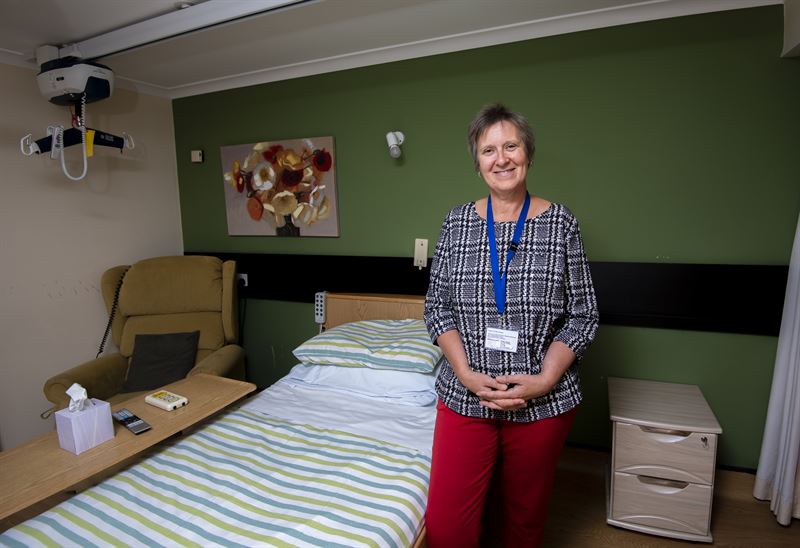 A HOSPICE which was forced to temporarily close its inpatient unit due to a shortage of senior staff plans to reopen it by spring next year.

St Mary’s in Ulverston, Cumbria, is in advanced discussions with a company that would provide ‘digital consultants’ to assist senior doctors running the unit.

The innovative approach, which would be a UK first - would remove the need for an on-site medical director, a post the hospice has been unable to fill, despite an international search.

It would secure the longer-term future of in-patient care at the facility because, under the proposed arrangement, a bank of highly experienced consultants would be on hand regularly across days, evenings and weekends to offer support.

Val Stangoe is the chief executive of St Mary’s Hospice. She said: “The model we are exploring brings the possibility of reopening our beds to the vast majority of those who seek our support each year.

“In this new model our own speciality doctors and advanced nurse practitioners, all with experience in palliative care, would have remote conversations with consultants in specialist palliative care working elsewhere.

“These conversations would be by Skype or telephone and would afford those working on the unit an opportunity to discuss each patient’s care with a consultant in the speciality.

“We believe in this new model we would be able to meet the needs of the majority of those who need hospice care.

“This is a very new way of working and an approach which does not exist anywhere else in the UK, so far as we are aware. But I suspect that in the coming years, hospices in rural areas will move more towards this way of working as the recruitment of senior doctors and consultants in palliative care becomes increasingly difficult.”

The hospice announced in September that it was to suspend admissions to its inpatient unit for an initial period of three months while it redoubled efforts to recruit a senior doctor in palliative care.

Despite an international search - which led to a number of applications for the role - the position remains unfilled.

The hospice had also planned to recruit an additional specialist palliative care doctor. Under the new proposals, it will seek to recruit two, who will work alongside the existing team.

The hospice already has a relationship with a partner company, which has previously offered out of hours consultant-level support.

Following discussions with Mrs Stangoe and hospice trustees, it is looking at a way to extend this service to offer a more substantial level of daily support.

She said: “It’s true that this isn’t exactly the outcome we’d hoped for. However, our unsuccessful international recruitment drive does show how difficult it is to find a doctor with suitable skills and experience, who is also at this time willing to come to work locally.

“St Mary’s Hospice staff are driven to create a model which delivers our highly respected palliative and end of life care to as many people as possible.

"A benefit of this proposed model is that it is more sustainable long term as it doesn’t depend on one person who may for whatever reason leave, fall ill or retire.

“However this outcome still depends on us being able to recruit doctors into our vacant specialty doctor/medical officer roles, the interviews for which are next week.

“While we are not out of the woods yet, we remain cautiously optimistic that our beds will be re-opened in the new year.”

This press release was issued on behalf of St Mary’s Hospice by 32West.

All media inquiries in the first instance should be directed to James Higgins on 01229 808 306 or by email james@32west.co.uk.

Val Stangoe is available for media interviews by appointment.