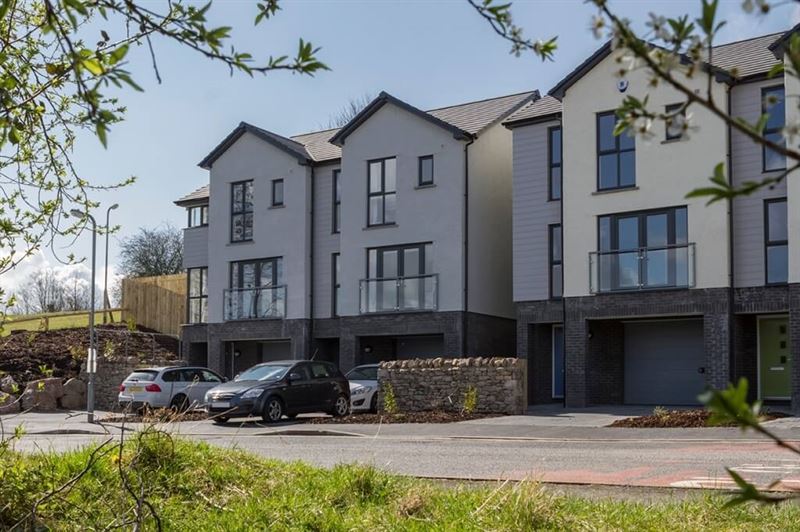 A RENOWNED housebuilder is encouraging customers to share why they love their home as it prepares to mark its 60th anniversary.

To kickstart the birthday celebrations, the company is asking customers to share on social media what they love so much about their Russell Armer home with the chance of winning the main prize of a £600 national garden centre gift voucher. Ten £60 vouchers will also be handed out as part of the competition.

Using the hashtag #RussellArmer60 on Facebook, Twitter or Instagram, people are encouraged to share with the builder what is so special about their home, whether it be their favourite room, glorious garden or a breathtaking view.

Russell Armer Homes’ Managing Director Nicky Gordon said: “To say thank you to our customers for their support in keeping us going for 60 years, we want to give something back.

“Russell Armer Homes has been building high-quality homes for six decades and we know that every home is special in its own way to the home buyer.

“We’re celebrating all aspects of what makes a house a home, whether that is the location, lifestyle, quality or individuality of the build, and we would love to see pictures and hear stories of people’s homes over the past 60 years.

“Russell Armer Homes continues to provide high-quality buildings throughout the area, and that is what has kept the business going for so long.”

To enter the competition, people are asked to share a picture on social media using the #RussellArmer60 hashtag and tag Russell Armer in the photo. The deadline for entries is August 31, 2021.5

Earlier this year, Russell Armer Homes was acquired by Penrith-based Genesis Homes in a deal that brought together two of the leading house building companies in the North West.

This press release was circulated on behalf of the Genesis Homes Group by 32West. If you have any enquiries please email david@32west.co.uk or call 07949 493640.

Russell Armer Homes was founded in 1961 to create homes in Cumbria and The Lake District, and will mark its 60th anniversary in 2021.

The company has properties available for purchase in Kirkby Lonsdale and Allithwaite in Cumbria, and construction on creating 200 plus homes over two sites in Kendal, Cumbria, and Halton, Lancashire, is under way.Russell Armer has received a five star rating in the House Building Federation customer service satisfaction survey four times, and it was highly commended in the 2020 LABC Northern Building Excellence Awards in the Best Change of Use of an Existing Building category for its Lesketh How development in Ambleside, Cumbria.