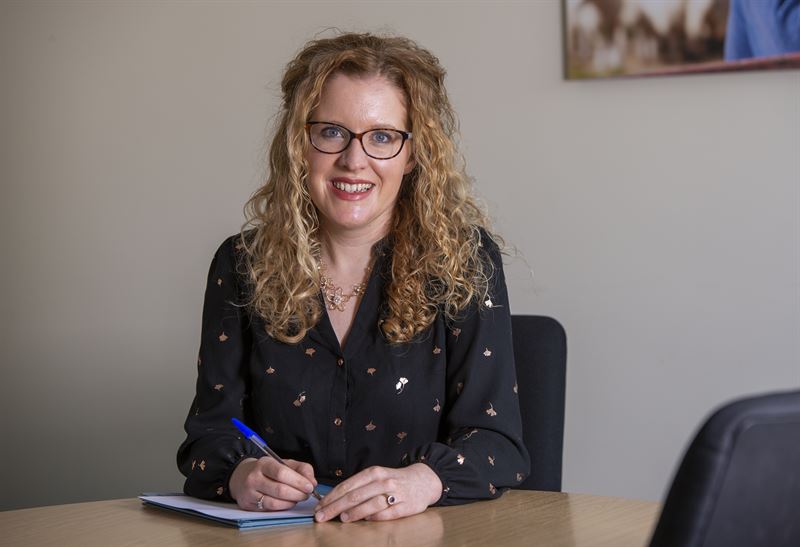 HOW many of us tell our bosses exactly where we want our career to go - BEFORE we start looking for another job?

One legal expert, tipped as a regional “rising star” in her field, shared her own experience ahead of International Women’s Day (March 8) to help other women with their personal development.

Katherine Pretswell-Walker, associate solicitor with Cartmell Shepherd Solicitors, spoke about her own career journey with a recently-formed Carlisle Career Women group to encourage women to take control of their own careers.

Katherine graduated from the University of Exeter with a BA (Hons) in Law and Society before completing the Legal Practice Course at Bristol Law School. She joined Cartmell Shepherd Solicitors as a trainee solicitor in 2006, qualifying as a solicitor in 2008.

Katherine told the group: “You have to manage your own career progression. It’s your career and it’s up to you to keep a look-out and identify opportunities.

“Don’t just sit back and expect something to magically happen for you. Take responsibility for it yourself.”

Katherine said she had to learn the hard way after having time out to have her two children, in 2011 and 2014 respectively.

Katherine went back to work part-time at first and then full-time when the children started school.

But far from feeling she was picking up where she had left off, she felt her career had drifted off track.

“Having time off to have children knocked my confidence and where once I had a clear strategy for progression, balancing my new role as a parent against my career left me feeling unfocused.  I knew that I no longer had a clear career path.

“When I discussed my concerns with the company I work for they really understood my position and my conflicting commitments, and were able to carve out a role that really suited my particular skills.  I just wish I had had more confidence in my skills, prioritised my career management, and had the conversation sooner.”

Katherine has progressed to become a key part of Cartmell Shepherd’s agricultural team, which is officially ranked one of the two best in the North of England in a worldwide legal listing, gaining a ‘top tier’ ranking in the Legal 500.

Cartmell Shepherd directors Jonathan Carroll and Mark Jackson have been named as leading individuals in their field while associate solicitor Katherine has been highlighted as a rising star.

When it comes to having difficult conversations with clients or customers, again Katherine’s advice is not to delay.

She advises to return a call immediately - don’t put it off.

“And in actual fact when you do make the call, 90 per cent of the time it’s never as bad as you think it is going to be, so don’t put it off.”

Secondly, if the call does end up being really challenging Katherine employs a surprisingly effective and disarming tactic of her own, the sound of...silence.

“You’d be surprised how effective silence can be.

“If someone is being aggressive or unreasonable you don’t have to say anything. Just be silent. Again it’s about having the confidence to take control,” said Katherine.

Katherine was asked to share her experience and advice at the latest meeting of the Carlisle Career Women group which meets every quarter. The group celebrates its first anniversary in March after being set up by Carlisle businesswomen Emma Sherlock and Shelley Hayward.

Cartmell Shepherd is also the only legal firm in Cumbria to be a member of the innovative UK200 Group.